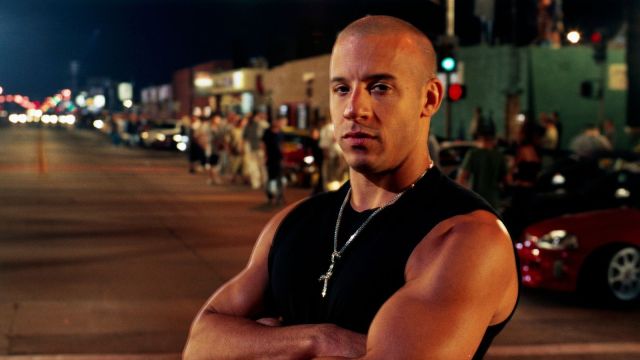 The world is a dark and cruel place, but perhaps made all the more warmer with Alamo Drafthouse’s tweet claiming Vin Diesel is the man who began us all.

The internet’s 24 hour news cycle meme-brain has kicked in yet again, with a loving sh*tpost of Vin Diesel added to this week’s tapestry of 3D model memes. Beginning with Lady Gaga and continuing with Andre the Giant, Diesel is having the last laugh, for it seems we are actually all his la familia.

Diesel has always looked a bit like a default model in a role-playing game, and it’s now very hard to unsee him as Adam, the first man on Earth. Shame about his hair.

Prior to the Alamo Drafthouse’s bombshell news, scientists widely assumed we evolved over time from single-cell organisms to the current day monstrosity of creation with thumbs we are today. The Diesel revelation throws a real spanner in the works there, but it all makes sense in a way, and finally makes his Fast and Furious character seem grounded.

Alternatively, Diesel could be a timeless being being for which age does not alter. A void vampire, feeding on the endless amounts of family spawned from him. There are Lovecraftian secrets hidden within Diesel’s mind, making him as close to a human library as physically possible.

If we are all deeply related to Diesel, his status within the greater family needs to be clarified. Is he the creepy uncle? The fun-loving stepdad? Your grandfather with a dark past from the war? Or your asinine younger brother? Regardless, Diesel’s new position as the all-father of humanity should hopefully add further intrigue to human history.

Perhaps out of pity we’ll all be forced to go see Fast 10 like you’d see your child’s school play out of pure obligation. This is all an elaborate ploy to improve the box office performance.