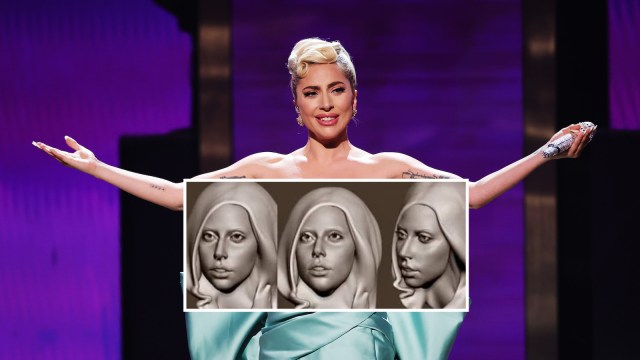 The Virgin Mary might be one of the most famous women in history, whether you believe she existed or not. Turns out being the mother of Jesus Christ might just make you an icon, who knew? That being said, a viral tweet claiming to show a reconstruction of Mother Mary may have looked like has people thinking she was reincarnated into a modern-day icon — Lady Gaga.

A tweet claimed that Stanford University students reconstructed a 3D model of Mary Magdalene showcasing how she ‘might have looked.’ Upon first glance, the resemblance to Mother Monster is hard to miss.

It’s hard to believe someone with the username ‘FUTURE DILF’ would be in this for the gags, yet we’re here to report that is, sadly, the case. Otherwise, we’d have every reason to believe Lady Gaga is the mother of Christ — we’ve never seen them in the same room before.

This exact image was used as a copypasta meme from 2018, following the exact same concept, except touting that it was a reconstruction of Cleopatra, not Mother Mary.

That meme goes back even further, with the original ‘reconstruction’ resembling that of another pop icon — Britney Spears. Per Buzzfeed, the meme trickled down to all facets of pop culture, from Lana Del Rey, Starfox, and even Club Penguin. Mary is all of us, apparently.

That being said, people have taken the ball and ran with it, giving us Twitter’s latest viral meme.

Nothing but respect for MY mother of Christ.

Aside from allegedly mothering one of the most famous figures ever, Lady Gaga is busy helming Harley Quinn in the forthcoming sequel to Joker, Joker: Folie à Deux. Margot Robbie, who arguably gave the role its most iconic representation, has even given Gaga her blessing.