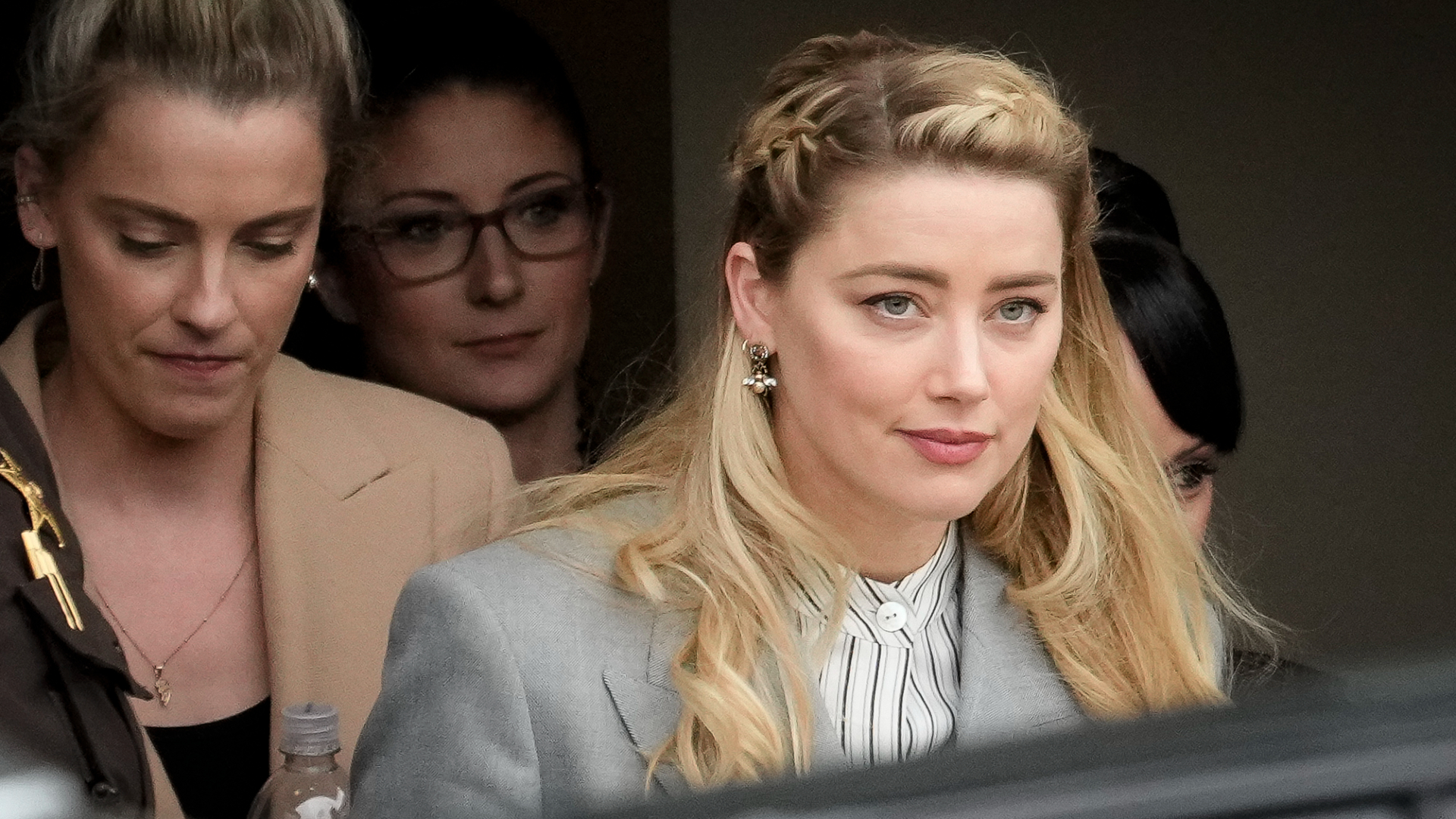 Amber Heard has released a statement following her overall defeat in a trial of dueling defamation lawsuits involving her ex-husband, Johnny Depp, saying in part that she was “heartbroken” at the loss and that the verdict “sets back the idea that violence against women is to be taken seriously.”

On Wednesday, jurors ruled in Depp’s favor in every question of his defamation lawsuit against Heard, ruling that Heard must pay Depp $15 million in total.

Technically speaking, it wasn’t a total loss for Heard, however, as one of Heard’s several questions against Depp was ruled in her favor by that same jury, who found that Depp’s lawyer, Adam Waldman, defamed her, awarding Heard $2 million.

Even though the result was technically mixed, Heard nevertheless perceived the verdict as a resounding defeat for her, as evidenced by a statement she wrote, Law & Crime Network reported.

“The disappointment I feel today is beyond words. I’m heartbroken that the mountain of evidence still was not enough to stand up to the disproportionate power, influence, and sway of my ex-husband. I’m even more disappointed with what this verdict means for other women. It is a setback. It sets back the clock to a time when a woman who spoke up and spoke out could be publicly shamed and humiliated. It sets back the idea that violence against women is to be taken seriously.”

Heard’s statement went on to say that she believes Depp’s attorneys only succeeded by getting the jury to overlook the key First Amendment issue of freedom of speech, and to ignore evidence that had bolstered a previous libel lawsuit that she won in the U.K.

“I’m sad I lost this case. But I am sadder still that I seem to have lost a right I thought I had as an American — to speak freely and openly,” Heard concluded.

The U.K. trial Heard referenced is one in which Depp unsuccessfully sued the newspaper The Sun for describing him in an article as a ”wife beater.” Both Heard and Depp also testified in that case as well, back in 2020, but the result was that the judge ruled against Depp, saying the newspaper article was not libelous since it was based on credible evidence of abuse submitted by Heard.

Here in the U.S., Depp filed another lawsuit, this time directed at Heard specifically. It centered around an op-ed she wrote for the Washington Post, in which she described herself as a “public figure representing domestic abuse.” Though Depp wasn’t named in the article, he claimed — and apparently, a jury sided with him on this point — that the article implied him as the abuser by referencing a past domestic abuse allegation she made against him. Depp denied he ever abused Heard.

While Heard has maintained throughout the U.S. trial that Depp abused her, Depp claimed just the opposite: he was the victim of abuse in the relationship, and not the other way around.

There were compelling witness testimonies on both sides as well, including when one of Depp’s security guards said he twice saw Heard strike Depp and one of Heard’s makeup artists saying she personally covered up a bruise and a split lip — allegedly caused by Depp — with makeup immediately prior to Heard appearing on a talk show. A number of other witnesses, including her sister and many of Heard’s friends, also testified they saw injuries on Heard.

The couple’s former marriage counselor testified that Heard started fights, would strike Depp in an attempt to ensure he would not leave during an argument, and that she believed the two of them engaged in “mutual abuse.” That same therapist also testified she saw a bruise on Heard’s face at one point, too.

Heard also testified that she’s received horrific messages from Depp supporters, numbering in the thousands since the trial began, including numerous death threats to her and even one referencing putting her baby in a microwave. Indeed, the public discourse surrounding the trial has been overwhelmed by Depp supporters, both on social media and in-person at the courthouse itself, which has resulted in crowds of people cheering Depp and his team as they were exiting and entering the building each day — and booing Heard when she came in and out of the building.

Despite the number of Depp’s supporters showing en masse Wednesday outside the courtroom, reportedly in much larger numbers than those of Heard’s supporters, Heard was nevertheless present in the courtroom when the verdict was read out loud. By contrast, Depp did not appear at the Fairfax, Virginia building at the time, due to being in the U.K. to make guest-musician appearances in a series of Jeff Beck concerts. The judge had earlier made each of their appearances during the verdict announcement optional.

In response to Depp’s absence from the courthouse when the verdict was being read aloud, a spokesperson for Heard told ABC News:

“Your presence shows where your priorities are. Johnny Depp plays guitar in the U.K. while Amber Heard waits for a verdict in Virginia. Depp is taking his snickering and lack of seriousness on tour.”

Depp also released his own statement following the trial victory, saying in part that he took legal action in order to “reveal the truth.”

Depp originally sued Heard for $50 million for defamation for what a jury eventually found to be false domestic abuse claims she made against him. Heard counter-sued Depp, also for defamation, for $100 million, for which a jury partially-awarded her for one aspect of the counter-suit, but in a comparatively much smaller amount, seemingly by way of consolation.

The verdict finally came Wednesday after six long weeks of a publicly broadcast trial that became a public spectacle.

Overall, the trial and its public response have become a kind of Rorschach test among observers who have either interpreted it as an example of celebrity fanaticism at its most tribalistic, or a lesson about supporting victims of domestic violence, no matter what their gender — or, perhaps, a little bit of both.