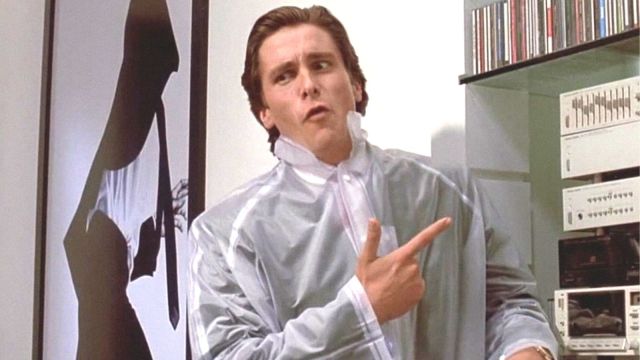 Bret Easton Ellis of American Psycho fame has come in with his two cents on what consistently goes wrong with modern horror, and it’s hard to disagree with the acclaimed author.

Ellis wrote American Psycho as more of a parody and satire of masculinity, capitalism, and consumerism, but has obvious horror undertones thanks to its main character Patrick Bateman is a sociopathic serial killer who may or may not be imagining everything happening around him.

The 2000 adaptation with Christian Bale has remained a cult classic twenty years on, with it not truly a horror movie but one which has helped redefine modern serial killer stories in cinema. The strange charisma of Bateman, coupled with his riches, allows him to get away with murder. Crucially though, the book and movie don’t ever make any clear explanations for what is going on.

That is the very problem Ellis feels is coming out of modern horror movies: far too much explanation of what is happening, and an overreliance on explaining everything. Speaking to Variety, Ellis suggests modern horror should harken back to the 70s for how to handle a mystery, or rather not even mention a mystery.

“Especially in the ‘70s, horror movies did not have backstories or answers to them explaining the horror. Why is Regan possessed by a devil in The Exorcist? We don’t know. Why does the shark cruise Amity in Jaws? You don’t know. Where did Carrie White get her powers? I don’t know. You could go on and on with the mystery of these movies, and what made them so much more frightening was that they weren’t explained. I often find now when a horror movie goes way too far into backstory, in terms of explaining why these people do what they do, or why this monster does what it does, it really minimizes the horror.”

To paraphrase from his character Patrick Bateman, the Texas Chain Saw Massacre is where Ellis feels the genre really came into its own, both commercially and artistically. He feels the whole movie has a clear, crisp feel.

“I think The Texas Chain Saw Massacre is a great example. We just do not know what that family is. We get hints of what’s happened to them, but we do not get an explanation at all as to what created Leatherface.”

American Psycho has seen a resurgence over the last two years thanks to meme culture, with “sigma male” memes heavily featuring Bale’s portrayal of Bateman as a sort of unintentional idol. The famous Huey Lewis and the News monologue remains a cult classic, with it feeling like a scene out of time.

2022 has been a surprisingly strong year for the horror genre, with major releases and smaller indie features making their way into the mainstream. Among the favorites of the American Psycho scribe has been Barbarian, which saw praise from fellow author Stephen King.