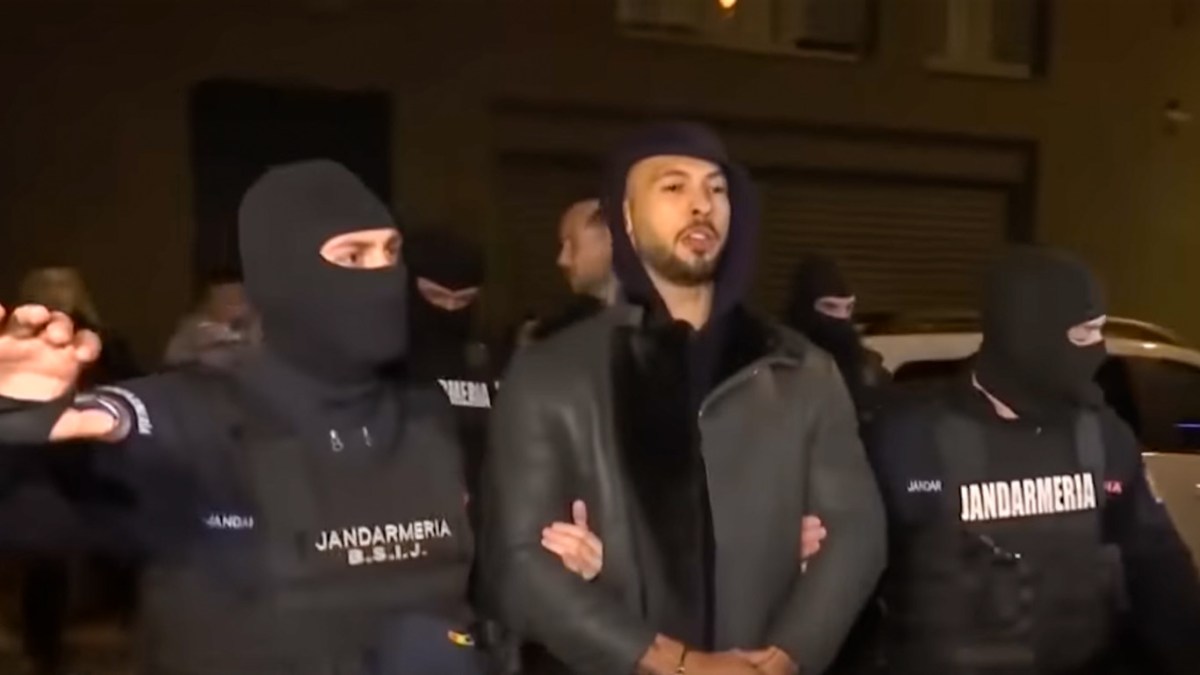 Andrew Tate and his brother Tristan Tate will be held in detention for 30 days following their arrest on Thursday in Romania due to their alleged connections to an organized criminal group, per Romanian authorities.

The social media influencer, who was one of the most googled people in the world in 2022 thanks in part to his controversial views on women, was un-ironically under investigation for being part of a human trafficking ring and sexually exploiting women. The two brothers retained their right to silence during a court hearing.

Romania’s Directorate for Investigating Organized Crime and Terrorism explained that two British citizens were detained for being suspected of forcing at least six different women into participating in pornographic content for financial benefit and threatening them with violence if they did not adhere. This was allegedly after initiating relationships with the women, misleading them into what their intentions truly were. The two British men were not named, but the Tate brothers’ arrest in connection with the investigation strongly suggests that they are the men in question.

Two Romanian men and one woman were also reportedly arrested and detained as part of the same investigation.

The lawyer for the Tate brothers, Eugen Vidineac, told the BBC that his clients reject all of the allegations, adding, “We are not at a stage where guilt or innocence is proven. For now, we only discuss preventive measures.”

Romanian authorities denied the suggestions that a pizza box seen in a recent Andrew Tate video tipped them off to Tate’s whereabouts. Andrew Tate made the video in response to Greta Thunberg‘s popular reply to his tweet.

The Tate brothers have not officially commented on their detention but Andrew Tate did tweet afterwards, stating, “The Matrix sent their agents.”

Authorities say that the Tate brothers’ current stay at a detention center in Bucharest is the result of an eight month’s long investigation. The brothers’ lawyer has stated, however, that they will appeal the detainment.