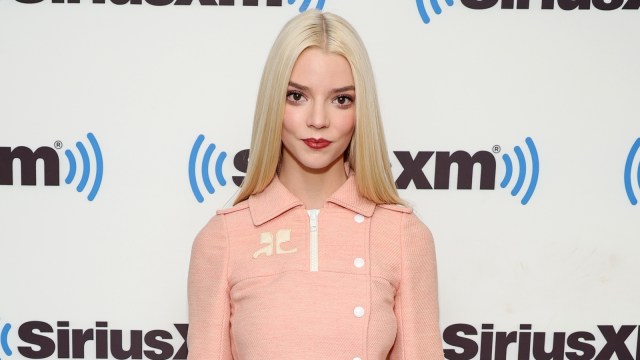 Photo by Cindy Ord/Getty Images for SiriusXM
Review of:

Anya Taylor-Joy has been a prominent figure in Hollywood over the last few years. From her first big break as Thomasin in The Witch (2015), the then-18-year-old became a force to be reckoned with. The 26-year-old actress recently landed yet another spectacular feat by playing the role of Furiosa in the upcoming Mad Max prequel/spinoff, Mad Max: Furiosa.

Previously popularized by Charlize Theron in Mad Max: Fury Road, Furiosa is the newest standalone installment in the post-apocalyptic franchise. The 2015 action film became even more famously popular for being a testing enterprise for years, with constant interruptions due to weather conditions and pickup. The film, primarily shot in the desert, has a similar environmental setting to the upcoming Furiosa, creating an unforgettable experience for Taylor-Joy. As she told EW:

“It will probably take me the two years before it comes out to be able to digest what happened. I just finished it, so it’s a bit: wow. Life-changing. Longest shoot I’ve ever done, for sure, but with the most unbelievable crew, and I mean, what a character. I had her. We had each other.”

The Queen’s Gambit actress also admitted that her The Menu co-star, Nicholas Hoult, who played Nux in George Miller’s Fury Road, gave her limited advice on how to handle the harsh months to come, whilst remaining entirely supportive of the actress regardless. “He was just incredibly supportive of me,” she said, “We’re such good friends, and I think he deliberately didn’t tell me too much, but his overall theme was: You’ve got this, you’re going to be okay, and you’ve definitely got it in you to handle it. It’s going to be wild but you can do it. It’s just nice to have support from a friend like that.”

Mad Max: Furiosa will be starring Taylor Joy as Imperator Furiosa, and Chris Hemsworth as — allegedly — Dementus, the warlord who leads the Biker Horde. Mad Max is a post-apocalyptic film series, where characters are expected to fight for survival after experiencing societal collapse due to war in Australia. Furiosa will follow the origin story of the renegade warrior before teaming up with Mad Max in Fury Road.

The life-changing experience on set may take as long to digest as the movie to be released in the cinemas. Mad Max: Furiosa is only set to be released on May 24, 2024, but if you want to keep up with the actress’ latest work, The Menu will be hitting theaters on Nov.18, starring Hoult and Taylor-Joy as a young couple on a remote island.