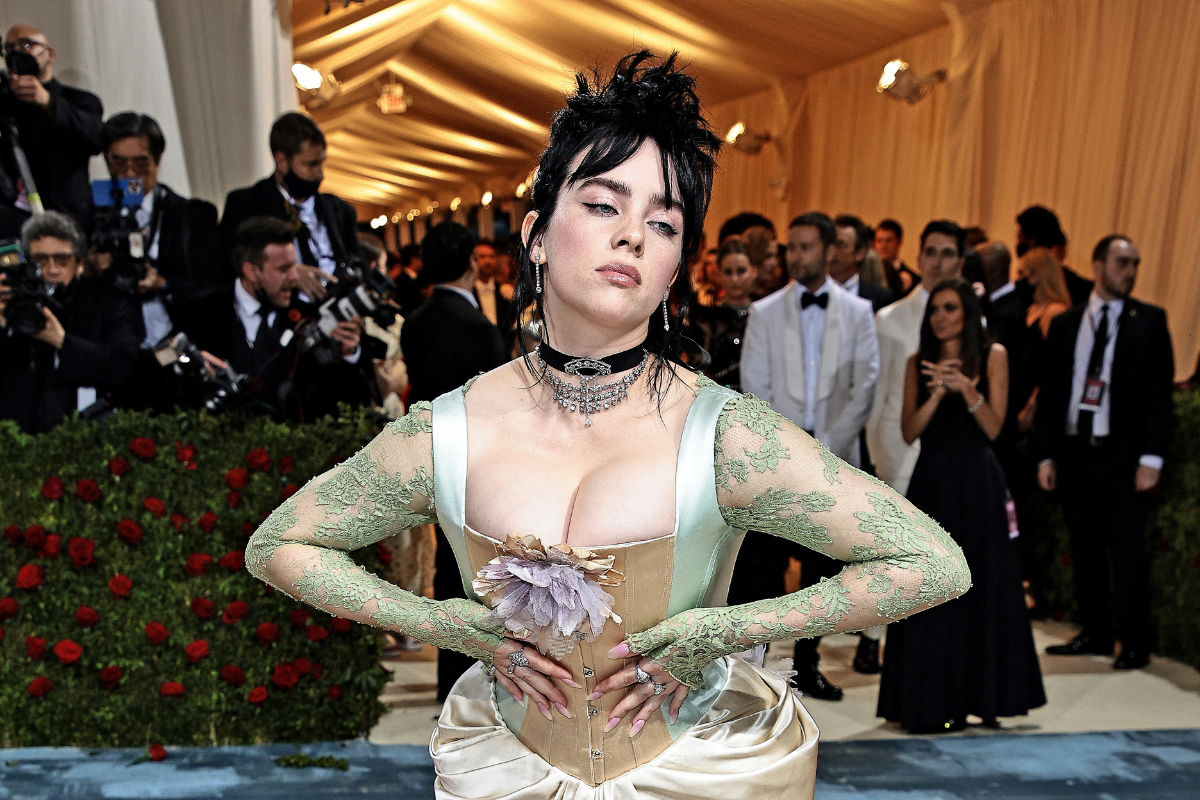 Eilish’s dress is a total contrast to what she wore back in 2021. She appeared in a Gucci high corset green and gold dress, paying homage to Bridgerton, with a modern twist. But what makes this dress so unique is not just how glamorous it is, but how it’s eco-friendly. In an interview with Vogue, the dress is made with up-cycled fabric.

“This is Gucci and it is all existing materials. So we didn’t have to waste a bunch of stuff. This is all already existed and just wanted to be as eco-friendly as possible”

Eilish told Vogue that she just wants to have a good time and that she feels less nervous than when she previously attended the event.

“I’m in a good place. I feel very excited to see some friends and feel less kind of nervous than I was last time. I just want to have fun and talk and socialize”

When asked what’s next for the singer, Eilish responded with an upcoming tour and that she’s starting to feel really creative.

“Tour, lots of tours. And I’m just starting to feel really creative again. And that is a good sign”

Billie Eilish won this year’s Oscars Awards for her music. She and her brother Finneas won “Best Original Song” for their James Bond theme, making her the first person born in the 21st century to win an Oscar.

The theme of this year’s Met Galas is Gilded Glamor, with notable celebrities such as Vanessa Hudgens, Amy Schumer, and former US politician Hillary Clinton making an appearance.