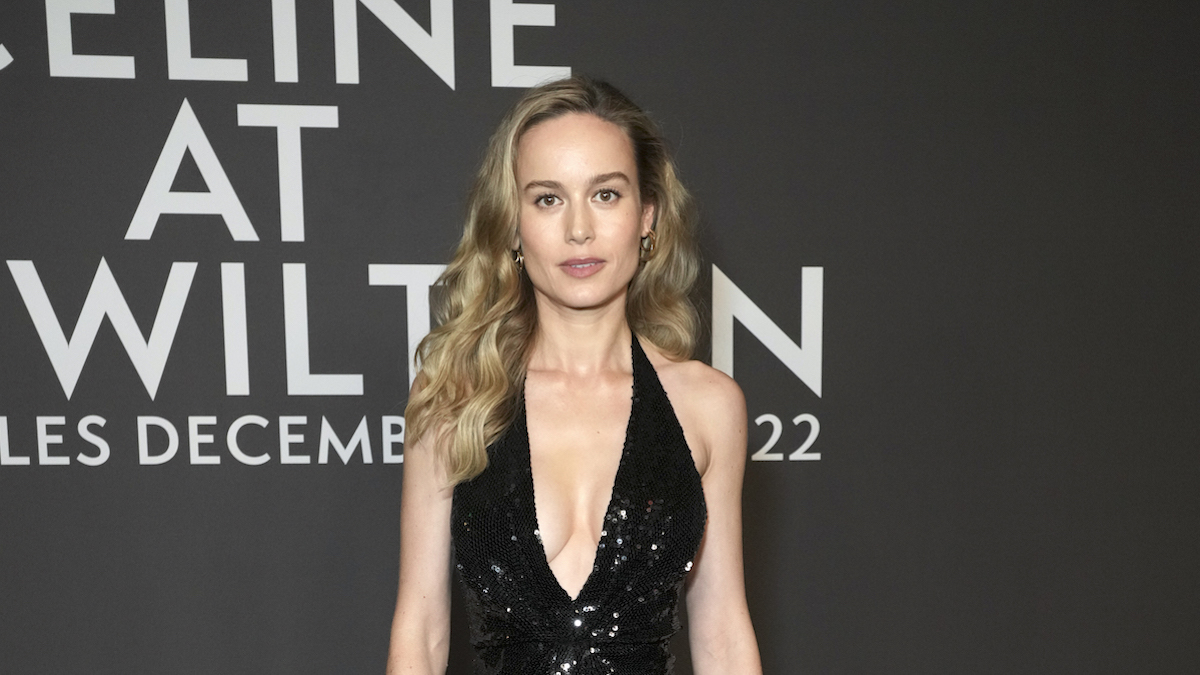 When she’s not pairing underwear with crocs or sending out positive digital vibes into the world, apparently Brie Larson likes to teach people how to do one-handed pushups. The Captain Marvel actress shared a video of herself demonstrating how to do the difficult physical maneuver and nailed it flawlessly.

“[Find] the balance, twist in and then up,” she says in the video, performing the difficult maneuver in a long skirt. You can hear the impressed reactions from the people around her as well. Honestly, we shouldn’t be surprised. Larson is a renaissance woman and if you told me she could talk to squirrels, I would believe you.

The post is also apparently an ad for an energy drink, and Larson claims a correlation between the two by claiming she got all jacked up on it and just had to get her one-armed pushup demonstration on.

The drink is called Hiball energy, but someone photoshopped it to Hibrie energy, and isn’t the internet awesome sometimes?

Someone else asked if Larson was training for the Metroid movie, a reference to Larson previously mentioning she wanted to play Samus Aran in a movie. Oh, and she did that Metroid Dread ad too. She likes to do ads apparently. Who can blame her? They probably pay well.

Also worth mentioning: Larson is rockin’ the crocs as only she can. This is pretty much a complete 180 from her dramatic tattoo look on her last post. Unfortunately, these turned out to be fake. “What it’s like you’ve never seen temporary tattoos before!” she said.

Maybe it’s for a new role? No one knows (yet), but we’ll keep you posted as usual on everything Larson-related.