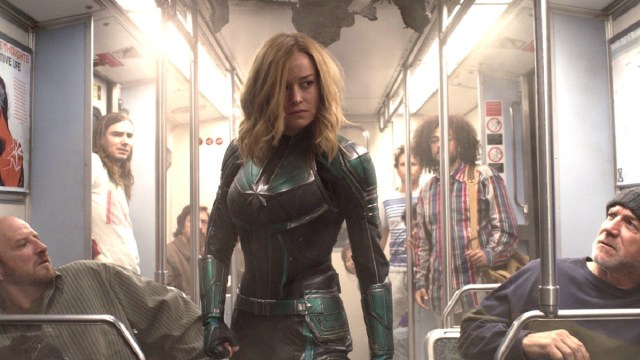 Actress Brie Larson is pretty good with social media. During the pandemic, her Youtube channel was a fun respite from the daily stress we were all going through. Lately, she’s been posting fun outfits on her Instagram (and just being a ball of fun in general), and today is no different.

Larson took to the site to show herself making a bold fashion choice: underwear and crocs and a very comfortable-looking colorful hoodie. Is she starting a trend? Is it already a trend? Who knows anything anymore?

One thing’s for certain, Larson could probably make a garbage bag look fashionable, so maybe it won’t catch on for us regular folk.

“Are we surprised? #notspon but @crocs it could be 😉” the caption said. People love this. “CROQS QUEEN,” said one commenter. “I NEED THAT HOODIE OML,” said another. “[The] combination with the clothes, a real fashion icon 😌,” still another said.

Because Larson is so open and so cheerful, sometimes she gets haters. Honestly, it’s strange because all she did was star in a Marvel movie that some people call boring (Captain Marvel)? Who cares. The Lord of The Rings trilogy was boring, too.

Larson will reprise her MCU character Captain Marvel in the upcoming movie The Marvels. Back in September, Larson shocked fans with an unusual answer when asked a question about playing Captain Marvel.

In an interview with Variety, she was asked how long she was going to play the character. “I don’t know,” she said. “Does anyone want me to do it again?”

We’ll keep you posted for the continuing Larson fashion fun. The Marvels hits theaters on July 28, 2023. We’ll let you know if the Crocs make it to the red carpet.