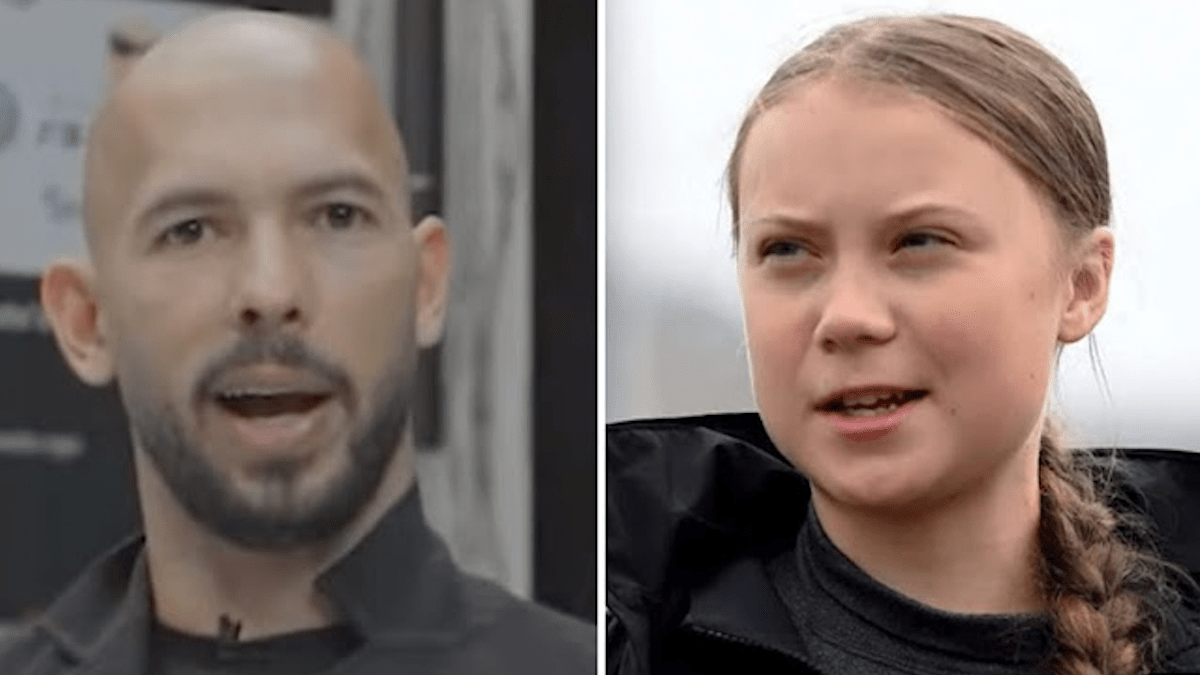 It appears that Greta Thunberg’s absurdly popular tweet response to Andrew Tate two weeks ago is still working wonders, and without a pizza box in sight.

When Andrew Tate erroneously decided to tweet at the teenage activist just to mock her about her concern over car emissions with his vast car collection list. He likely didn’t expect the response she gave. Not wanting her to have all the attention, he posted a reply (with a pizza box that got too much attention). Shortly thereafter, Romanian authorities just so happened to arrest Tate after a month-long investigation into his alleged involvement in human trafficking.

Since his arrest, Andrew Tate, or someone in his entourage, is still tweeting from his account despite him being detained for a month. This is not to be confused with fan accounts. His Twitter handle is @cobratate and it’s where he posted his video reply to Greta and was the same account that was banned in 2022 only to be unbanned upon Elon Musk’s takeover of the bird app. He presently has 4.5 million followers.

Suddenly, it appears that Andrew Tate’s account is being sneakily hidden by Twitter. If you type in anyone’s account name then it obviously results in that account popping up first. Yet, with “cobratate,” not only does his account not pop up at all but only one account is suggested. Which account? You guessed it: Greta Thunberg. Her account even stays on the top if you move the tab to “people,” with Andrew Tate’s account nowhere to be found.

It’s so blatant that Twitter doesn’t even make the account appear on their searches at all. You would think it doesn’t exist and that’s likely what Twitter wants you to think, but it most certainly exists and, unless you already follow @cobratate, you would have to find another account that just so happened to tag him and then you can access it from there.

Even if you add the “@“ before the handle, thus “@cobratate,” then you will only receive a large number of Tate’s fan accounts which strongly suggests that his own account is likely being targeted directly by Twitter.

What does this all mean? Well, if you’re not a Tate fan then it means a minor victory. However, if you are a Tate fan or just simply think such things shouldn’t happen, then you might be concerned because if Twitter is shadowbanning people then they are not exactly committing to the freedoms that Elon Musk promised when he first took over.

Furthermore, why go the sneaky route? If Andrew Tate has violated guidelines (he was banned before), then why not terminate his account? Perhaps the publicity is too much for Musk to handle so he’s hoping that no one will notice. Well, sorry Elon, but we got this covered.