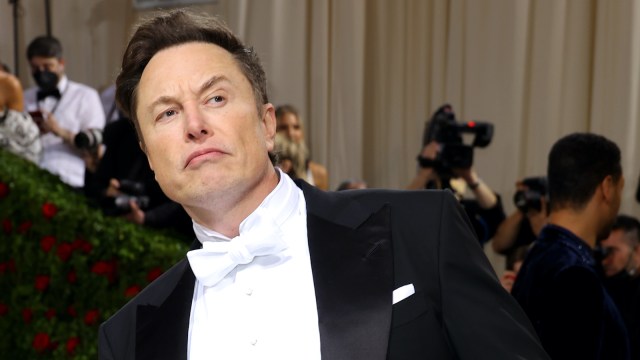 Fret not, suspended Twitter accounts. Elon Musk is here to make your day.

Over the course of his Twitter takeover, Musk, aka Chief Twit, has proven he cares little about the opinion of others. However, the 51-year-old billionaire is now polling the good people of Twitter for said opinions, asking whether or not he should grant “general amnesty” to all previously suspended accounts.

It’s like the opposite of a Thanos snap. Hundreds, maybe thousands, of accounts that violated the platform’s rules and policies could be reinstated. That is, as long as “they have not broken the law or engaged in egregious spam.”

Just days earlier, Musk officially reinstated former President Donald Trump to the platform after he was suspended for initiating and inciting the Jan. 6 riot of the US capital. So was Rep. Marjorie Taylor Greene, which obviously means anyone is welcome back. Maybe this will be a clean slate for Twitter, a way to make up for the countless users who are jumping ship or the employees who were locked out of the building for fear of going rogue, and then eventually let back in because it’s never a through line for Musk, but we digress.

As of this writing, the “general amnesty” poll contains a whopping 73.1 percent of people who are in agreement that all suspended accounts should be reinstated while 27 percent aren’t in its favor. The numbers continue to fluctuate as more people vote but the yeses clearly outnumber the nos.

Let’s be honest, though. Do we really think Musk will listen to what the people of Twitter say? This, coming from the guy who fired an employee for speaking their mind after advocating for free speech? It’s likely that he already knows what he’ll do and is just taking us for a ride, as usual.

Twitter polls last between 5 minutes and 7 days, depending on the duration set by the user, according to Twitter’s Help Center. We will have our answer soon enough. Until then, stay tuned.