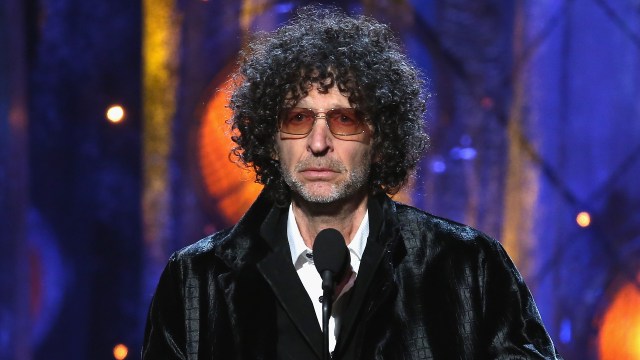 Earlier this week, radio superstar Howard Stern floated the idea of running for President following the recent decision by the Supreme Court to overturn Roe v. Wade, saying he’d add more judges to the court and allow unwanted babies to live in the building. And now he’s making headlines once again, leaving a hot mic open during a commercial break in his SiriusXM Howard Stern Show morning show and floating the idea that he might be appearing in an upcoming Marvel Doctor Doom project.

In the clip, Stern talks with long-time producer Gary Dell’Abate and cohost Robin Quivers about his summer plans while commercials play over the conversation. He warns them that he’s going to be really busy, and “it’s going to suck.” He also told his crew that he’s called Iron Man actor Robert Downey, Jr., to ask for acting advice, adding that it’s what he did when he was a judge on America’s Got Talent.

Rumors have been flying about a big-screen appearance by Doom ever since Dr. Strange 2: In the Multiverse of Madness, when John Krasinski made a cameo as Reed Richards of The Fantastic Four, a group whose primary antagonist is Doom.

Howard Stern’s last film role was as himself in the 1994 biopic Private Parts, based on his New York Times­-bestselling nonfiction book of the same name. A fan remembers that the famously germophobic Stern hasn’t gone out much since COVID hit two and a half years ago:

Fans on the Howard Stern subreddit are skeptical that the erstwhile King of All Media is really appearing in a Marvel project in his time off, theorizing that this is a publicity stunt to keep his name in the headlines:

Another fan reminded us that this isn’t Stern’s first alleged brush with comic book films. Back in the late 1990s, a rumor surfaced in the Los Angeles Times, later amplified by other newspapers and Stern himself on his number one rated radio show, that producer Joel Schumacher had Howard on a short list to play “The Scarecrow” in an unnamed Batman film. Schumacher’s Batman series bombed at the box office, and Warner Bros. pulled their support, leaving casting rumors moot, but in a later interview, Schumacher explained he’d already spoken to Nicolas Cage about playing the role.

While it’s not certain how Howard Stern might fit into a Fantastic Four or Doctor Doom project, there would certainly be room in an adaptation of the 2006 limited run story Books of Doom, in which a journalist interviews a Doctor Doom robot replica, getting the story of his rise to power in fictional Latveria, only to be jailed for her troubles.

Doctor Doom is not a medical professional and has never been awarded a doctorate from any accredited university.