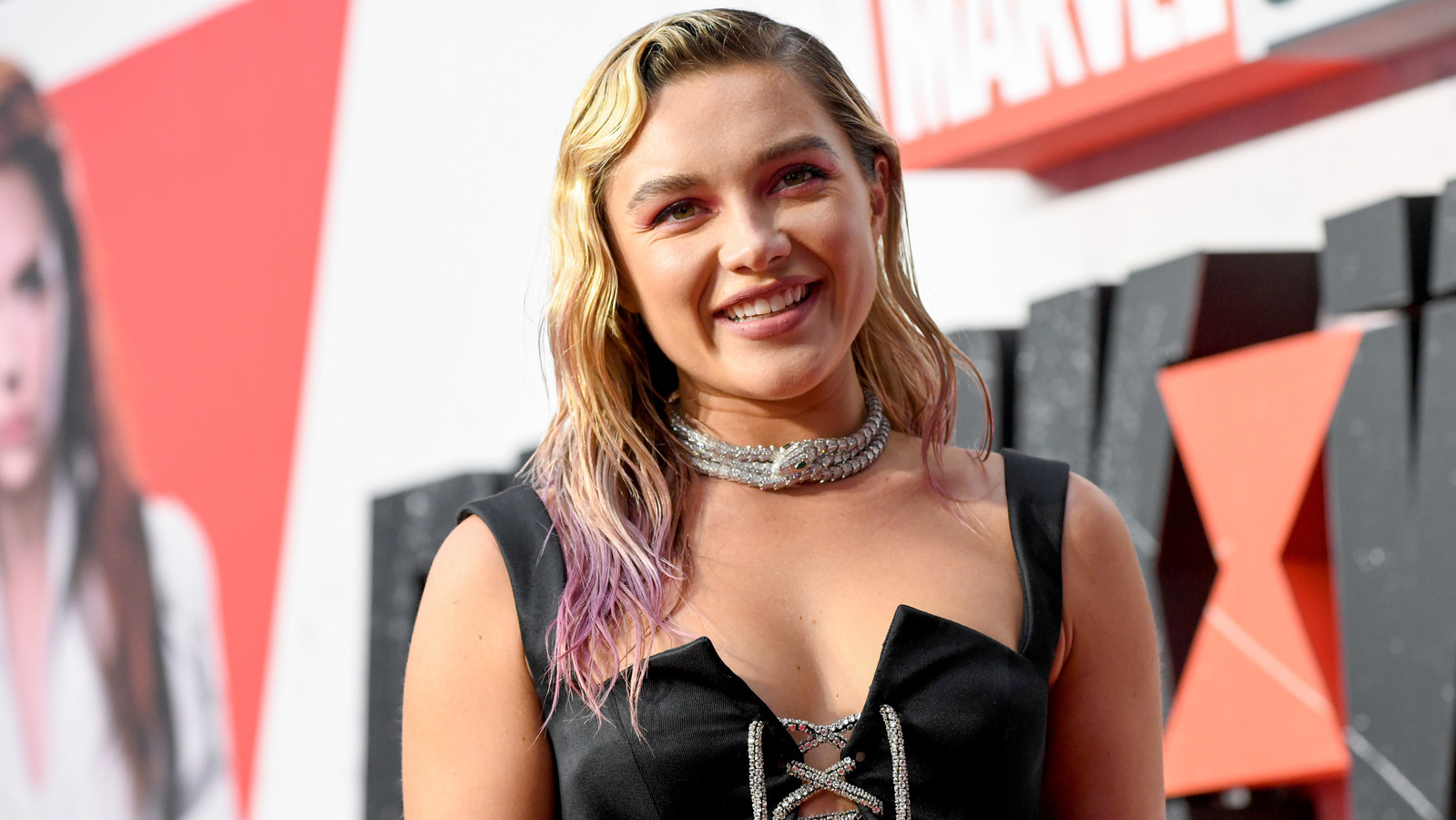 Marvel star Florence Pugh is known for kicking as her Black Widow heroine Yelena Belova, but now she’s knocking people sideways in a less literal way with her latest Instagram post, which sees the Little Women actress glammed up to the nines.

The stunning pic follows Pugh’s appearance at the grand opening of Tiffany & Co.’s Vision & Virtuosity exhibition at the Saatchi Gallery in London this Thursday, which was also attended by other famous faces like Gal Gadot and Sabrina Elba. As seen in the photos she shared on social media, Pugh turned up to the event in a black lace crop top and matching skirt, along with a pair of black sheer gloves. Naturally, for an exhibition by Tiffany, Pugh accessorized with a golden Tiffany necklace and matching bracelet on her right wrist.

“A moment in [Tiffany & Co.],” Pugh wrote in her caption to the four sophisticated shots she posted on Instagram this Friday morning.

The 26-year-old actress has been grabbing headlines a lot recently, thanks to some paparazzi pics going viral that saw Pugh having fun on a beach with fellow MCU star Will Poulter. This led to much speculation from fans that she had split from long-term beau Zach Braff and had entered into a relationship with the Guardians of the Galaxy Vol. 3 actor. Pugh quickly disproved this chatter, though, by making clear that she and Poulter are not dating and were actually hanging out among a group of friends (duplicitously cut out of the press photos).

As for her acting career, Florence Pugh will soon play the lead in Olivia Wilde’s much-anticipated psychological thriller Don’t Worry Darling opposite Harry Styles, which hits theaters this September. Fans are also keeping their fingers crossed that the newly announced Thunderbolts movie will include Yelena among its ensemble cast of anti-heroes. Elsewhere, the actress is among the cast of Christopher Nolan’s 2023 biopic Oppenheimer, along with the entire population of Hollywood.