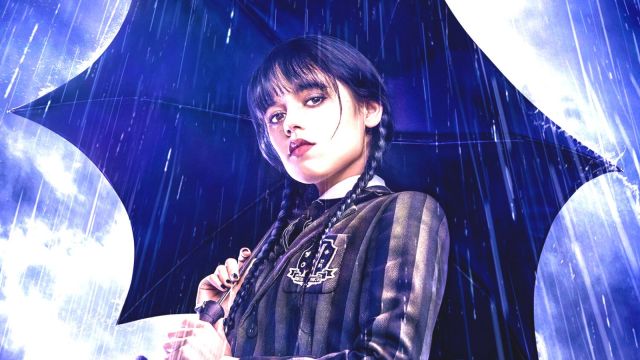 Jenna Ortega is one of the newest and youngest scream queens out in Hollywood right now, with her somewhat surprisingly playing a schoolgirl Wednesday Addams in the series Wednesday.

The series sees her play a teenage Addams, and there’s a lot to love about her performance. Perfect at the dry and macabre humor, as well as a strong screen presence. Ortega, who is 20 years old, stands out a lot for a particular reason in Wednesday and it’s for her height.

The actress looks very short, perhaps even too short to be a teenager. But how tall is Ortega herself, and did they have to do digital or practical effects to make her look shorter?

How tall is Jenna Ortega?

Ortega’s height is very noticeable in Wednesday, with viewers often believing there may have been some Lord of the Rings-style visual trickery to achieve the feet, or particular framing devices used. The reality is very different.

The actress who has become synonymous with horror due to roles in X and Scream may be wise beyond her years, but tall she is not. The 20-year-old has said she is roughly 5 foot 1 inches tall during an interview with Wired where she went over her height and several other commonly searched questions about her on Google.

Ortega is enjoying an exceptional year with several big releases, and should Wednesday see good viewership, will likely give her a confirmed role for the future.