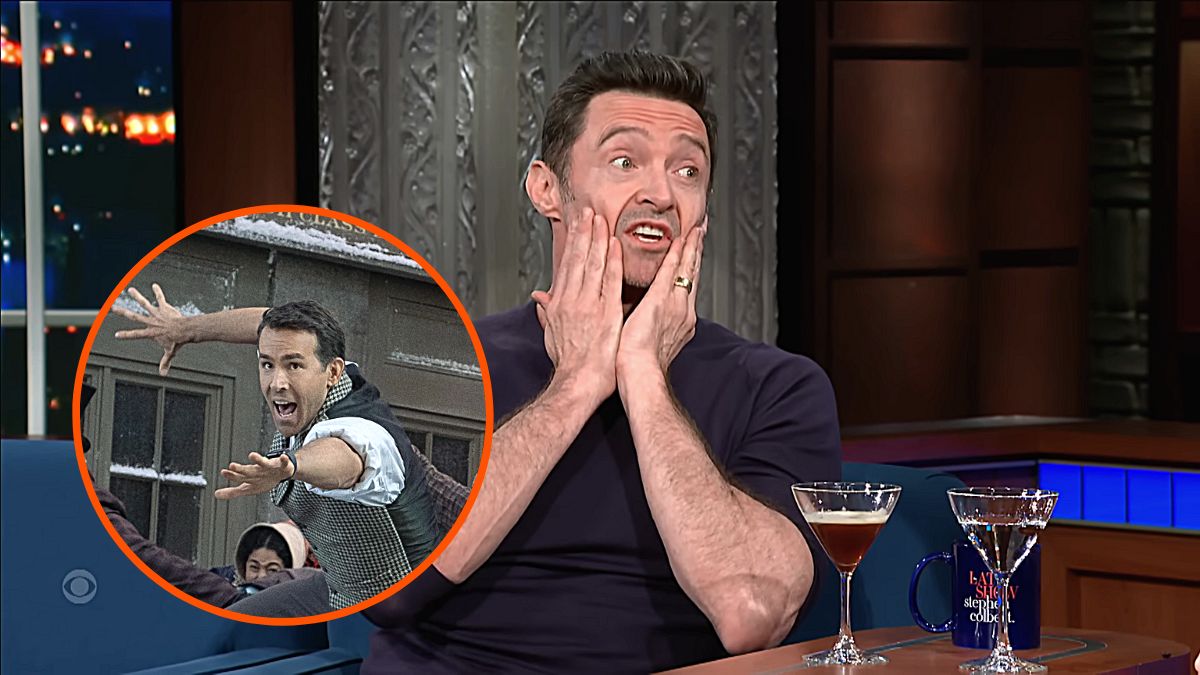 via The Late Show with Stephen Colbert/Apple Studios

Hugh Jackman is about the only person on Earth who doesn’t want Ryan Reynolds to win — or even be nominated for — an Oscar for his performance of the unbelievably catchy banger “Good Afternoon” from his Holiday film Spirited. After taking to Instagram to plead with the Academy not to ruin his 2023, the Wolverine actor continued his campaign on The Late Show with Stephen Colbert.

Jackman and Reynolds have long been toeing the line between the best of friends (the former literally has a cardboard cut-out of the latter in his home) and the pettiest of rivals, carrying their Wolverine/Deadpool feud onto real life. Of course, it’s all fun and games but when it comes to risking his sanity on the Deadpool 3 set, Jackman is even willing to go against his friends and composers of both his musical hit The Greatest Showman and Reynolds’ Spirited, Benj Pasek and Justin Paul.

“Good Afternoon,” performed mainly by Ryan Reynolds, as well as Ferrell, was shortlisted in the Best Song category along with 14 other songs, featuring artists like Rihanna, Taylor Swift, and Lady Gaga. The competition is fierce, so Jackman might still get his wish.

Spirited is a reimagination of the Charles Dickens Christmas classic A Christmas Carol, as well as a satire of the endless adaptations made of it already. It’s directed by Daddy’s Home‘s Sean Anders, who also co-writes with frequent collaborator John Morris.

“I have to be on a set for months with this man,” Jackman said, referring to Marvel’s Deadpool 3. “And if he gets nominated for Best Song – if he gets validated in any way as a singer, I am never going to actually get through one day [on set], let alone three months,” the actor supplicated.

In good news for Jackman, the Spirited actor has said he will probably never make another musical again, which, to be fair, doesn’t necessarily mean he will pass on taunting his co-star with on-loop renditions of his possibly Oscar nominated number. Jackman will finally know his fate when Oscar nominations go live Jan. 24.