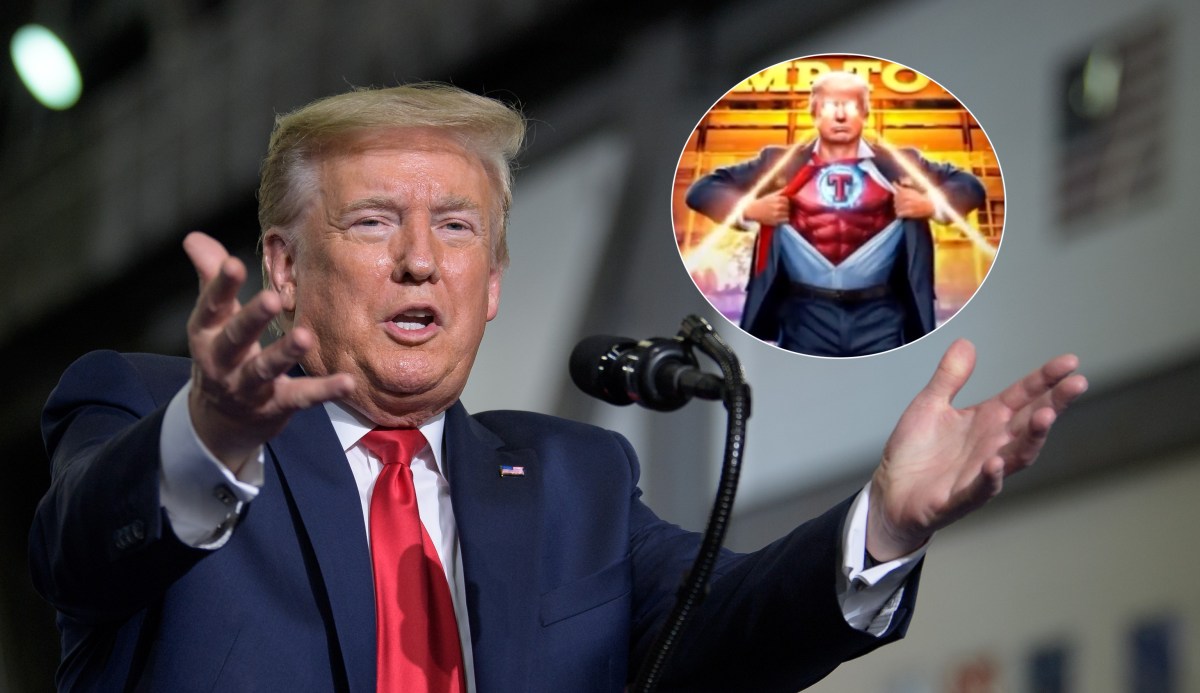 It’s not a bird, it’s not a plane, but, unfortunately, it’s not Superman either. The world needs a hero and that hero is Donald Trump….at least according to Donald Trump.

The former President posted an original video today on Truth Social that plays like a 15-second teaser trailer for a superhero film and it’s making some people think, God forbid, that Trump is about to dress in tights.

Trump posted along with it that he has a major announcement tomorrow, and it’s, unfortunately, probably to do with his 2024 presidential campaign. However, despite it being just a hype video, what exactly could Trump be revealing?

Although almost impossible to predict what the announcement is, especially with Trump, here are the three most likely, yet depressing, possibilities.

Trump may not be much of a Batman but surely he is in his own mind. It wasn’t too long ago that Republicans were dreaming of a Trump/DeSantis ticket but, since DeSantis is leading Trump in all polls and is probable to run for president himself, it seems unlikely that he would be Trump’s Robin.

However, if you paid close attention to which Republican still fully supports him, who is available, and who is popular, then it wouldn’t be surprising at all if Trump announces that his running mate will be former news anchor Kari Lake. She recently fell short in her highly publicized bid for Arizona governor and has spoken of Trump positively throughout.

She’s available now, she’s popular, and she is precisely the person who can boost Trump.

2. Captain America and the Newer Avengers — A New Political Party

As noted above, Trump is trailing Ron DeSantis in the polls, so what can Trump do to counter that? He knows that beating DeSantis in the Republican primary is becoming more and more unlikely so he could get a fast trip to the presidential election if he runs as an independent.

However, Trump’s style would probably be to announce a whole new political party that he can be the leader of. Even if he fails in his presidential bid, he can continue being the party’s leader and decide who should run for Commander-in-Chief in future presidential elections.

3. Truth, Justice, and the American Way — A New Political Slogan

This major announcement may not actually be major at all. Trump could simply be announcing dates for his campaign “rallies” while also announcing a new slogan. Even though Superman changed his slogan to “Truth, Justice, and A Better Tomorrow,” it seems like the word “America” would remain in Trump’s slogan. Let’s hope Make America Trump Again is not the route he’s taking, but anything’s possible.

Despite these being possibilities of what his announcement will be, it might not be all that bad if Trump goes Hollywood and stars in a new SuperTrump movie. We haven’t had a new ‘worst movie ever’ in quite some time.