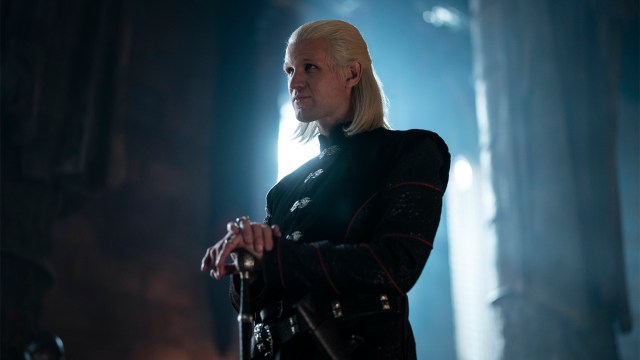 At San Diego Comic-Con, Matt Smith seemingly revealed that he has no idea about the Morbius memes haunting the internet for the last few months.

Smith was at the Comic-Con panel for HBO’s House of the Dragon, the prequel to Game of Thrones, when he fielded a question from a fan that started with “Hey Matt Smith, it’s Morbin’ Time.” Confused about what the fan said, Smith replied, “It’s what?”

The interaction did not stop there, as the fan continued to tie Smith’s role in the 2022 film Morbius, asking him how his character from the film may have fared in Westeros.

If you are unfamiliar with the phrase “It’s Morbin’ Time,” it was popularized on Twitter after the film was released. The phrase and its surrounding memes had started so much of a stir that Sony rereleased the film in theaters, where it did poorly once again.

Smith was involved in one of the most viral bits of the movie, in a scene where his character Milo dances in front of a mirror to music while he gets dressed to go to a club. Hopefully, the Morbius memes do not follow the acclaimed Doctor Who actor throughout his career.

It’s unclear whether Jared Leto will star in a sequel to Morbius, as it currently has a 16% on Rotten Tomatoes. It did make more than approximately half of its budget back at the box office, but $164 million does not usually scream for a sequel. If Sony thought the memes were enough for a re-release, maybe it thinks they’re enough for a second outing for the living vampire.

Should a sequel ever does reach fruition, though, there’s a large chance that Matt Smith won’t be in it.