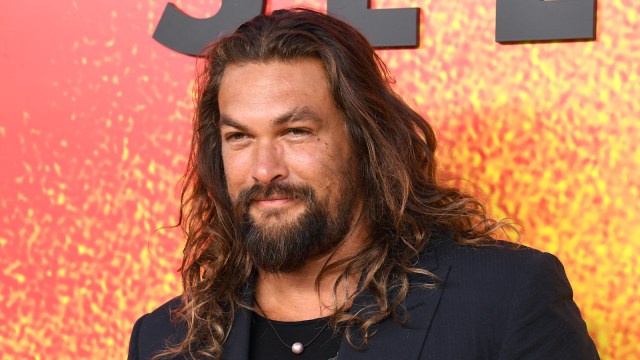 A shirtless photo posted by Aquaman star Jason Momoa to his Instagram has sparked a debate over racism after several Twitter users take issue with the oversexualized reception of his attire.

Momoa, 43, was seen wearing nothing but a loincloth earlier this week as he and a few friends embarked on a fishing adventure. In one video, Momoa can be seen leaning over the side of a boat with a fishing rod in his hand, but it wasn’t the sapphire blue ocean or the fish that caught the public’s eye. Because of the loincloth he wore, Momoa’s entire backside was exposed, including the place where the sun doesn’t normally shine, and admirers of Momoa’s spared no salivary glands drooling over his fit physique.

Now, those who found Momoa’s attire attractive are being called out for implicit racism, with fellow indigenous people taking issue with the way his loincloths, a traditional indigenous custom — and by extension Momoa’s body — is being interpreted as sexual.

Because every argument has two sides, those who are being called racist clearly disagree with the accusations. That being said, the conversation has yet to reach a level of sophistication. Most rebuttals err on the side of sarcasm.

A handful of comments attempt to dissect the issue, but for the most part are torn on which side of the argument to belong to, wishing instead that everyone would just “let a man fish,” as one Twitter user put it.

Momoa himself has yet to weigh in on the matter. The day after his initial post went viral he took part in a bone marrow drive in partnership with Be The Match, according to his Instagram, seemingly oblivious to the adoration he received in response to his loincloth. As someone accustomed to such reception, mum was the word on the topic of his bum, but whether that’ll change now that people are discussing racism and bringing up his Hawaiian roots is yet to be seen.

The intention may have been to simply enjoy a “Sunday Funday” as Momoa put it, but when you’re one of Hollywood’s biggest stars with one of DCUs most anticipated films on the horizon, even the smallest things make the largest splash.