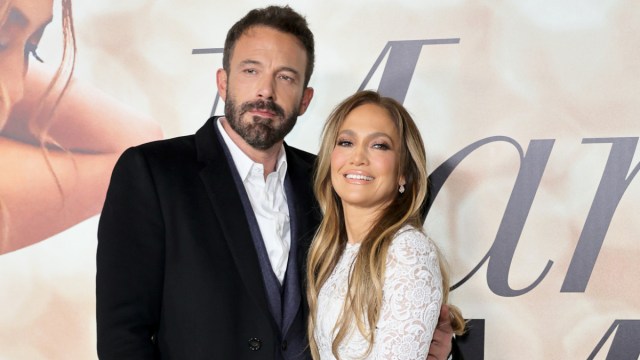 Ben Affleck and Jennifer Lopez are getting it right the second time around.

The couple, who met on the set of the ill-fated Gigli in 2001, became engaged in 2002 but called off their September 2003 wedding just four days in advance due to “excessive media attention.” They subsequently ended their engagement in January 2004. And although Lopez and Affleck already got hitched at a Las Vegas chapel last week with their five combined children in tow, they plan to make it official with a big reception at the same venue they had planned for their 2003 wedding, according to TMZ.

“Sources familiar tell TMZ … back when the couple got engaged in 2002, they planned on getting married at Ben’s 87-acre property outside Savannah, GA. We’re told everything was in place leading up to their big day — including police and security to HOLD the unwelcome at bay before the couple decided to call everything off.”

The property is reportedly about an hour from Savannah and features several homes. The main house is an impressive 10,000 square feet with a smaller guest home that’s 6,000 square feet.

Lopez and Affleck reignited their relationship in April 2021, nearly 20 years to the month that they began dating the first time around. After their wedding over the weekend, Lopez shared the happy news in her On The JLo newsletter.

“Love is beautiful. Love is kind. And it turns out love is patient. Twenty years patient,” she wrote. “Exactly what we wanted. Last night we flew to Vegas, stood in line for a license with four other couples, all making the same journey to the wedding capital of the world.” She explained that they barely made it to the Little White Wedding Chapel by midnight and that the venue was kind enough to stay open for them.

“So with the best witnesses you could ever imagine, a dress from an old movie and a jacket from Ben’s closet, we read our own vows in the little chapel and gave one another the rings we’ll wear for the rest of our lives,” she added, signing off the letter Mrs. Jennifer Lynn Affleck — which she also had legally changed, according to court documents.

Mazel tov to the happy couple. Hopefully everything goes more smoothly this time around!