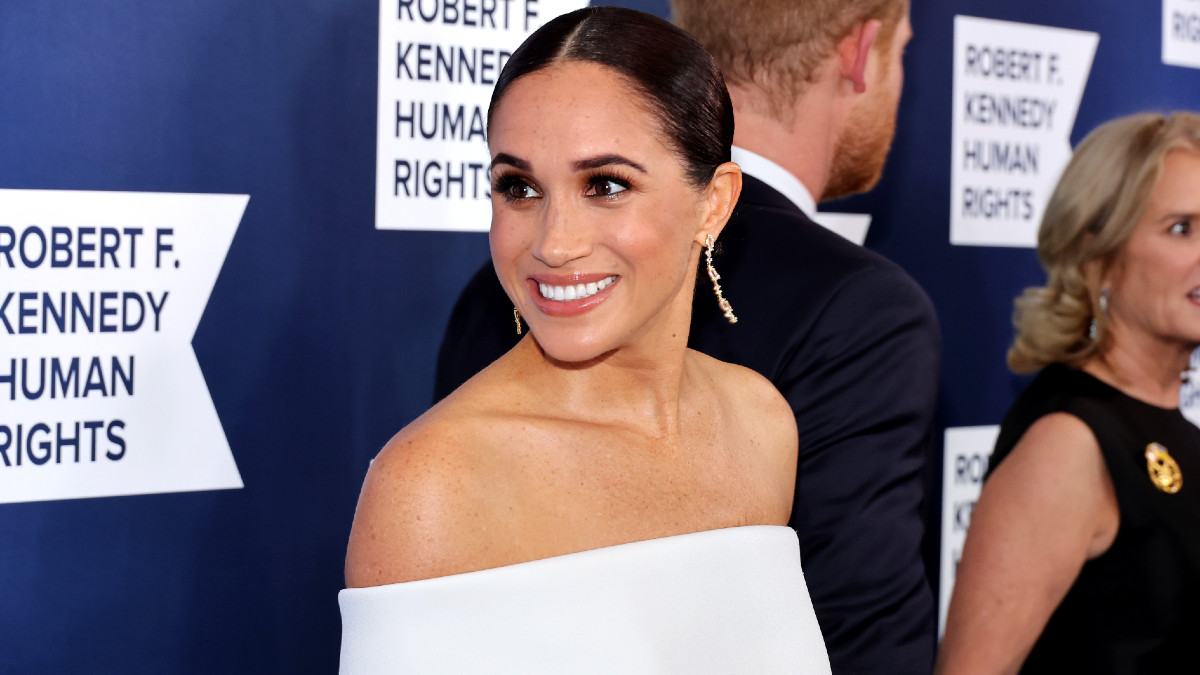 British media personality Jeremy Clarkson is eating some major crow after publishing an op-ed with UK’s The Sun newspaper last Friday that aimed violent and misogynistic vitriol at Meghan Markle.

In his piece, Clarkson seethed that he hates the Duchess of Sussex “on a cellular level,” more so than First Minister of Scotland Nicola Sturgeon or serial killer Rose West, who collaborated with her husband to torture and murder at least nine young women from 1973 to 1987. Seems kind of weird to lump together a politician and member of the royal family with a literal serial killer, but what can we say? The guy really seems to dislike women!

“At night, I’m unable to sleep as I lie there, grinding my teeth and dreaming of the day she is made to parade naked through the streets of every town in Britain while the crowds chant, ‘Shame!’ and throw lumps of excrement at her,” he continued, disparaging Markle.

To make matters worse, the piece was published just days after Clarkson dined with Queen Consort Camilla at a holiday luncheon, along with noted Markle troll Piers Morgan. It was also the day after Netflix released the final three episodes of Harry and Meghan’s docuseries, Harry and Meghan.

Shockingly, and definitely not because of the widespread backlash to his op-ed, the 62-year-old is backtracking on his comments.

“Oh dear. I’ve rather put my foot in it,” Clarkson tweeted on Monday, to put things lightly. “In a column I wrote about Meghan, I made a clumsy reference to a scene in Game of Thrones and this has gone down badly with a great many people. I’m horrified to have caused so much hurt and I shall be more careful in future.” The article has likewise been removed from the Sun’s website and replaced with his tweet.

In addition to the widespread outrage, even Clarkson’s own daughter, Emily Clarkson, spoke out against her father’s behavior.

“My views are and have always been clear when it comes to misogyny, bullying and the treatment of women by the media,” the 28-year-old shared to her Instagram stories, in the wake of the controversy. “I want to make it very clear that I stand against everything that my dad wrote about Meghan Markle and I remain standing in support of those that are targeted with online hatred.”

At any rate, unfortunately for Clarkson, his non-apology — since he didn’t actually say the word “sorry” at any point during his tweet — was too little too late. (Not that even a real apology would have sufficed!) As such, people quickly piled onto his tweet to point out the flaws in his statement.

A clumsy reference?! You demonstrated profound misogyny and essentially incited violence against a woman that you also say you ‘hate at a cellular level’. It’s beyond the limits of acceptability and this isn’t sufficient as an ‘apology’.

Oh dear. You forgot to apologize in your apology.

Sits there grinning whilst lapping up the attention.

* Only 1 mention of the person you should be apologising to

A narcissistic apology is not a real apology.

Hey, maybe the second time will be the charm, but probably not. Clarkson has hosted the ITV revival of the game show Who Wants to Be a Millionaire? since 2018, but it remains to be seen how long he will continue doing so, in light of everything.