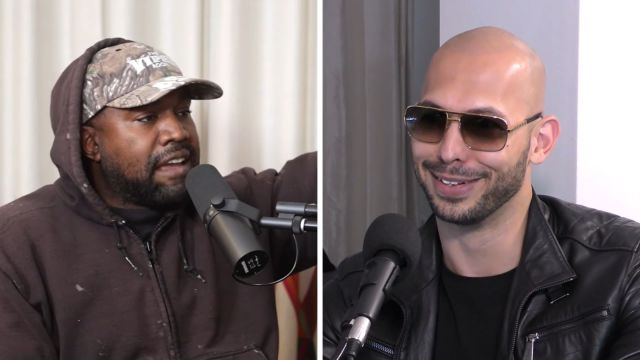 Because the world hasn’t suffered enough, Kanye West and Andrew Tate are rumored to be working on a collaboration together as the world cringes with pain.

Two of 2022’s main antagonists could be set to join forces a la Spider-Man’s Sinister Six following online speculation. The rumor began with the Fresh&Fit podcast talking about how you may soon see the two together, and it’s taken no time for it to gain traction as the internet prepares its memes.

It’s almost too obvious for a satirist to see the two combine, with Tate’s misogyny being matched by West’s rampant antisemitism. West’s public comments have seen levels of outrage and disgust not seen since Tate’s, meaning they could be matched bad take for bad take.

Flowing in thick and fast were reactions to the rumor, with the internet loaded up with responses in a suitably irreverent manner.

What West and Tate have in common with their beliefs is not particularly clear, other than both resharing lazy right-wing talking points. Tate’s sphere has always been more focused on misogyny and masculinity, while West’s is just all over the place.

To make a proper Sinister Six line-up, you need a few more rogues. 6ix9ine gave his support to Ye on Tate’s podcast previously, so we’re at least halfway to a full team. Perhaps it’s time to add other celebrities who have seen their stock fall massively in 2022. Will Smith, Ezra Miller — you keen?

Should the rumored collaboration happen, expect a level of frightening discourse and horrendous discussion previously unseen. Tate’s following meeting West’s is like an immovable force meeting an unstoppable object.

The last major public appearance for Tate saw Piers Morgan of all people berate him, so anything is better than that.