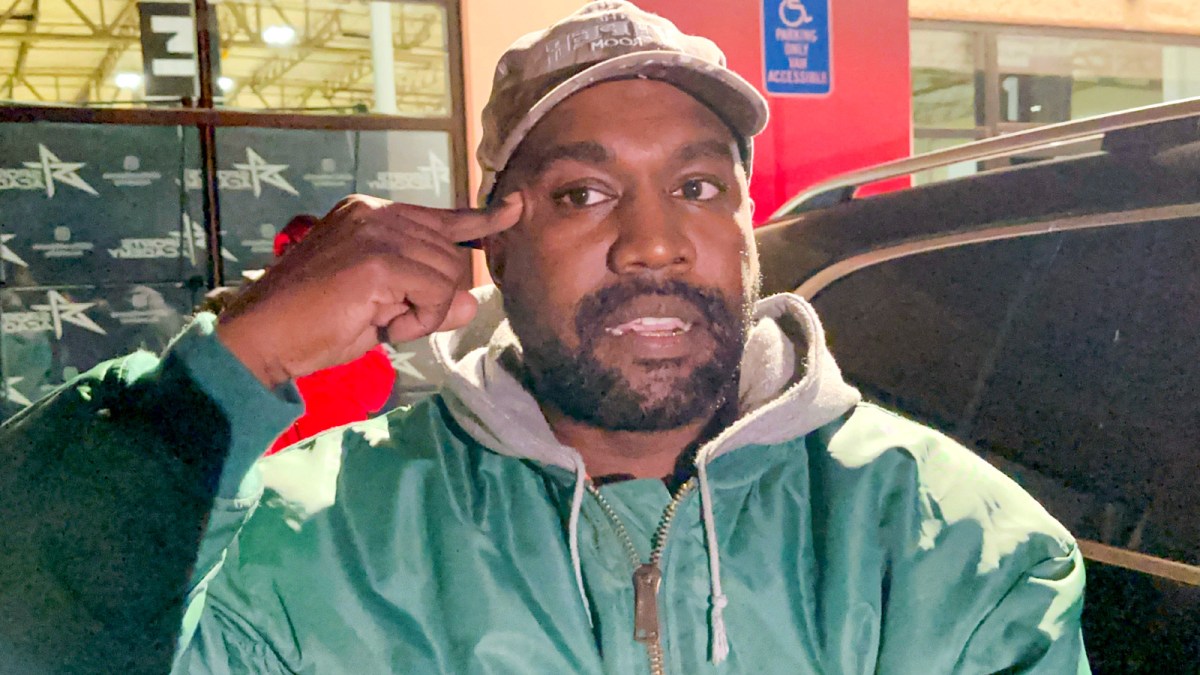 Even Alex Jones thinks that Kanye West has gone too far with his obsession with Adolf Hitler and the Nazis, despite just last week having given the rapper an opportunity to wax poetic about how, actually, the genocidal authoritarian dictator also did a lot of good.

Jones — who let’s not forget, recently ordered to pay nearly $1 billion to families of Sandy Hook victims for calling the massacre a hoax — discussed the heavily-derided interview while speaking with right-wing YouTuber Steve Crowder on Tuesday.

“‘I looove Hitler,'” the Infowars host quipped, while discussing Ye’s gimp-masked appearance on his show. “I think he had an orgasm over there.” He also called the interview a “real coming out” moment for West’s sidekick Nick Fuentes, who had previously danced around his alleged association with white suprematism.

“There’s a real creepy factor with this Hitler stuff,” Jones continued. “And I also noticed that Richard Spencer came out and said, ‘Yay, blew Jones away, because Jones is really controlled by the liberal narrative that Hitler is bad. But those of us who know the dark, powerful beauty of Hitler — and of the darkness, and of the strength…'”

“It’s like some homoerotic thing over Hitler,” he surmised. “There’s this Hitler fetish. And no, I’m not into dudes in fancy peacock military uniforms — that, by the way, got 22 million Germans killed.”

But because this is still Alex Jones we’re talking about, he then went on to make the dubious claim that “the left” uses Hitler to push their authoritarian communist agenda by calling everyone else Hitler. “So people are so sick of being called Hitler that they go, ‘Hey, if Hitler is so powerful, let’s just say we’re with Hitler!'” he speculated. “So that’s what these people are doing, and I feel like I got sucked into a giant publicity stunt.”

At any rate, Jones is evidently giving both West and Fuentes the benefit of the doubt. “Now, I am not mad at either person. I understand they probably even believe what they’re doing,” he suggested, adding that he doesn’t think Kanye is mentally ill, but probably even enjoying himself.

This is the latest attempt from an alt-right media personality attempting to distance from Ye. Earlier this week, Proud Boys founder Gavin McInnes seemed agog when West told him that the Jewish community should simply “forgive Hitler” and move on.

Perhaps their pearl-clutching would be more effective if they simply chose not to give him a platform?