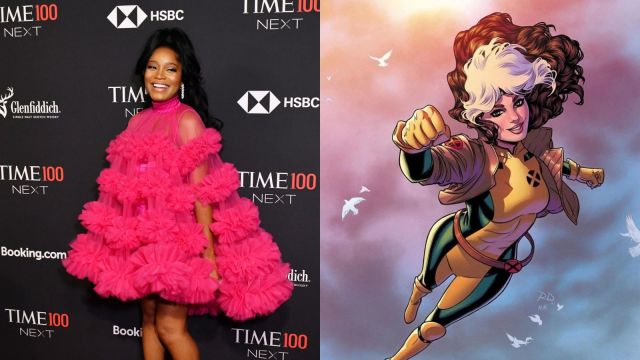 In case you had any doubts over who should be the Marvel Cinematic Universe’s Rogue, Keke Palmer has nullified all of them with her incredible Halloween costume.

Star of Jordan Peele’s Nope made headlines during the promotional tour over her desire to play Anna LaBeau in the forthcoming X-Men live-action reboot in the MCU, with rumors making their way straight to Palmer. The 29-year-old actress gave a tongue-in-cheek answer to the rumors earlier in October, and has given fuel with her incredible Halloween costume.

Not content with just getting a store-bought costume, Palmer went for a custom-made suit and even went to get a photoshoot and sizzle reel done of her in a Rogue costume. If you aren’t watching Kevin Feige, what are you doing?

Palmer captioned her reel with “[t]here’s nothing I won’t do for you guys! In your Marvel Universe, I’ll always be Rogue” as hype builds for her potential future in the largest franchise on Earth.

Palmer’s suit features allusions to the classic comics suit, as well as the more contemporary versions inspired by X-Men ’97 and the Bryan Singer X-Men series with the black leather. One major change in comic book movies since Singer’s series has been the more comic-accurate suits. Studios don’t feel as ashamed of comic book silliness as they once did, with characters like Doctor Strange and Black Panther able to have suits straight out of the panels.

There’s no confirmed date the mutants will return to cinemas, with Marvel Studios seemingly happy to keep them waiting in the wings while they continue with the Multiverse Saga. Only Professor X has been introduced so far cinematically with Patrick Stewart reprising his role in Doctor Strange in the Multiverse of Madness.

The X-Men anthology can be streamed on Disney Plus.