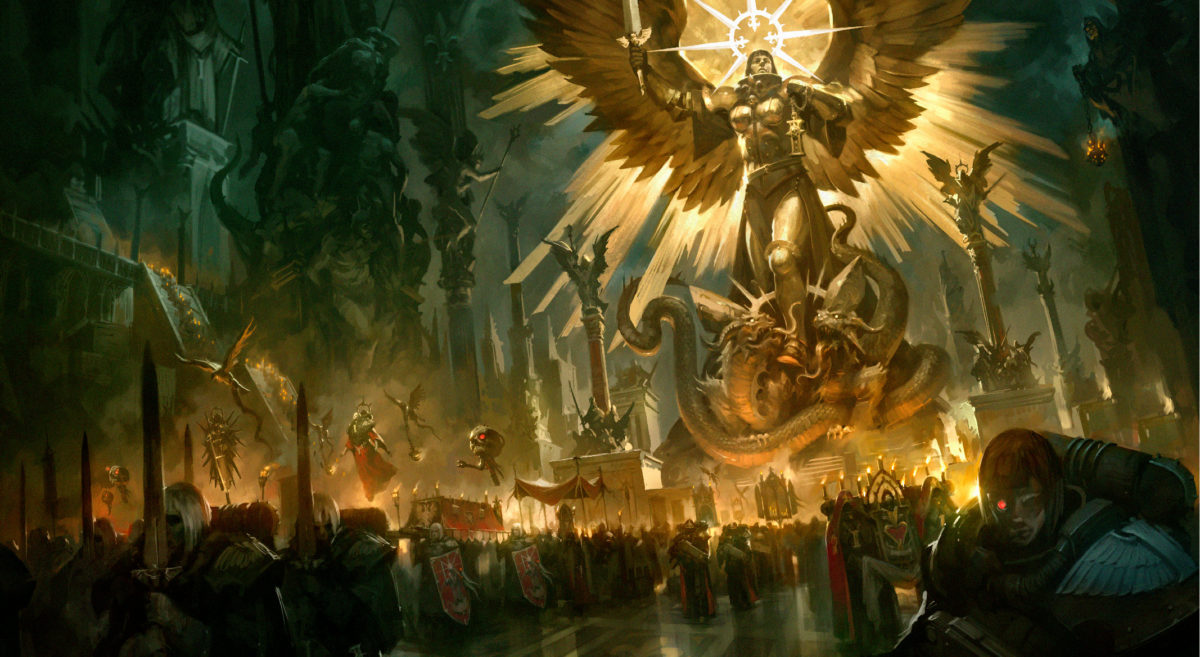 The upcoming Amazon adaptation of Warhammer 40K is weighing heavy on the game’s many fans, as they consider the requirements for a faithful, and interesting, adaptation. Issues with other Amazon adaptations—including this year’s The Rings of Power—are coloring fan expectations, even as the studio makes a stellar decision in putting Henry Cavill at the project’s helm. Fan concerns that the popular actor will ditch the franchise if a Bond offer comes along are coloring the news somewhat, but his longstanding passion for the game makes this an unlikely potential.

Cavill’s enduring love for Warhammer is giving fans hope, and also prompting wild speculation. The man could play any number of characters in the upcoming show, and the story can go in countless directions. There are a few factions that might translate to the screen better than others, however, and we’d love to see a few make the final cut.

Cavill is far from the only celebrity to enjoy a good game of Warhammer, and fans are delighting in the news that a number of favorites join Cavill in geeking out over the popular title.

The Warhammer 40K factions that Amazon should absolutely include

There are quite a few factions across Warhammer 40K lore, and — while the show will likely nod to all of them at some point —some are bound to get more attention than others. Based on a range of factors, including Henry Cavill’s own preferences, we think five factions, more than any others, would make wonderful additions to Amazon’s upcoming series.

Cavill isn’t the only celeb who loves Warhammer 40K

News of a Warhammer adaptation sent shockwaves through the game’s broad fanbase, and quickly sparked renewed interest in star Henry Cavill’s longstanding passion for the game. As it turns out, he’s one of several celebrities who harbor a secret love for the miniature wargame, with David Tennant, Ed Sheeran, and even the late Robin Williams all sharing Cavill’s passion for the game.

Could Cavill ditch Warhammer if a Bond offer comes along?

Cavill’s chaotic month is leading some fans to view his Warhammer 40K announcement with trepidation. It was only weeks ago that he was announcing his return to the role of Superman, after all, only to have the newly-helmed DC ditch the actor for a younger model. Rumors that Cavill would instead become the next Bond quickly began to swirl, only to be upended by the Warhammer news. If Cavill was offered the role to helm the next run of Bond films, some fans think he’d ditch the Warhammer franchise entirely, but longtime fans of the actor aren’t so sure.