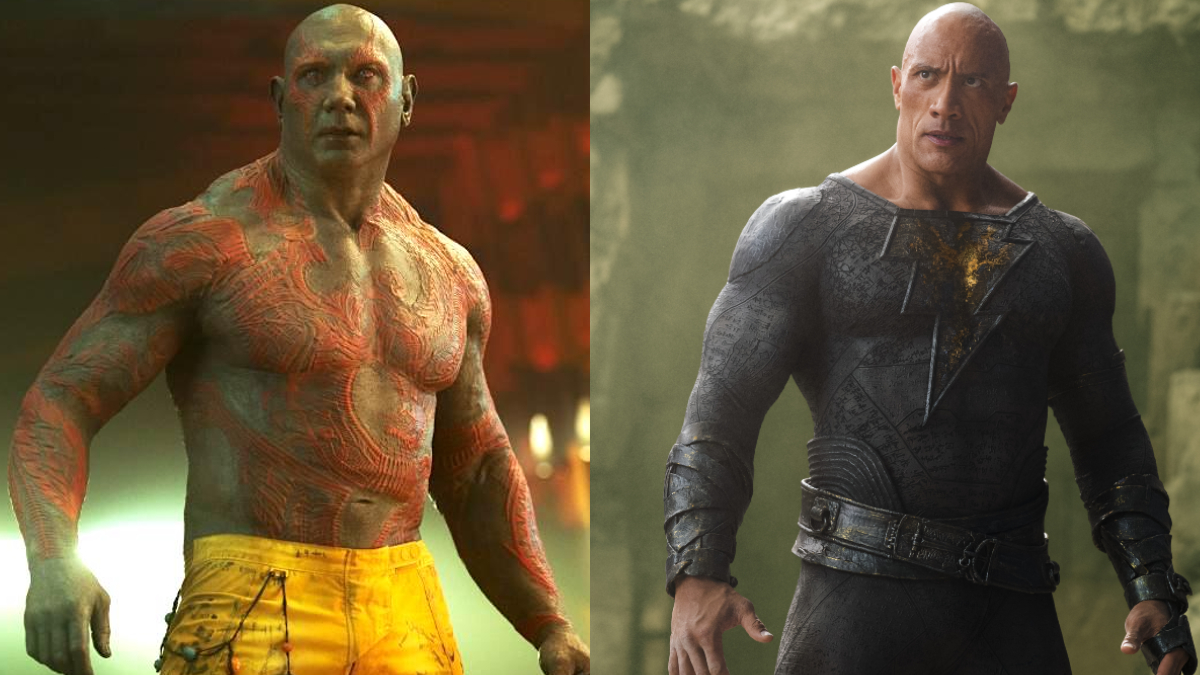 You know what they say about movie stars: Take a look at the fine print on their contracts, and you’ll find out exactly who they are.

… Just kidding, nobody says that. But Dave Bautista and Dwayne Johnson do have some very interesting stipulations in their movie contracts. Stipulations, we might add, that shed a bit of light on who they are and what’s important to them.

Bautista, for his part, has it etched in blood – ahem, we mean ink – that he can’t go over four hours on set without eating. Choosing to live a mostly plant-based diet, Bautista fills these lulls on set with “almond butter and banana, or a vegan, gluten-free grilled cheese is my favorite go-to,” he told Men’s Health.

This of course aids the Guardians of the Galaxy star in maintaining the bulky physique he’s so known for (and wards off any hangriness, to be sure). Given the fact that he works out daily, sometimes twice a day, we can see why he’d need every calorie he can get. As unique contracts go, his isn’t the most absurd.

As for Johnson, well, his contract bears similar physical-related clauses, albeit with a slight twist. Instead of food intake, Johnson’s contract details exactly how many blows he can receive in a fight before it appears as though he lost. A no-lose contract, if you will, one whose inspiration was borrowed from his Fast & Furious co-stars Vin Diesel and Jason Statham, who also limit how many punches and kicks they can receive in a movie, according to The Wall Street Journal.

Look no further than Hobbs & Shaw and Black Adam to catch Johnson not-losing in a fight. Obviously, Johnson is dedicated to preserving his image. Bautista, too, is dedicated to his own, although for reasons that have less to do with being a movie star and more to do with staying fit.

As we know, Bautista wants nothing to do with Johnson’s movie-star career. “I never wanted to be the next Rock. I just want to be a good f***ing actor,” he said earlier this year. His hate-hate relationship with The Rock dates all the way back to 2019.

Whether they like it or not (we’re confident they don’t) the two former WWE wrestlers are united in their pasts, Hollywood stardom, and uniquely strange movie contracts. Plus, the more Bautista bashes people for comparing him to The Rock, the more people compare him to The Rock. So, who’s really to blame here?