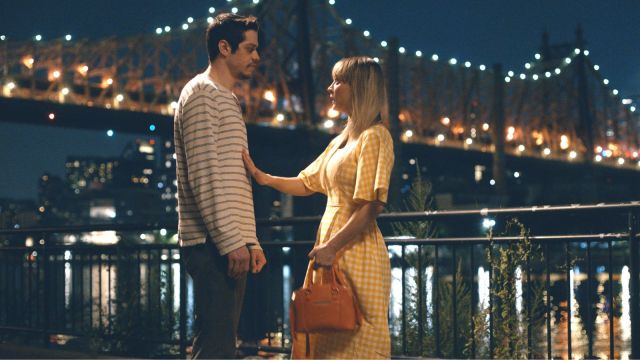 The new addition to Peacock’s streaming library is arriving soon, with Lehmann helming a time-travel based romantic comedy which is absolutely, definitely different to About Time. Starring two certified stars in Cuoco and Davidson, he’s spoken with great joy about the two actors and how working with them saw it “unlock” new parts of their roles. Davidson in particular sounds like a hoot to work with, as he explains.

“I didn’t have a full vision of how Gary worked on the page. Casting Pete really unlocked it for me. Because you want to save Pete Davidson, but he keeps you laughing so much that you kind of forget that you want to save him.”

Lehmann was full of praise for Cuoco as well, with the director highlighting her comedic timing and ability to go rapid-fire with the jokes while on set. Cuoco made a name for herself on the long-running sitcom The Big Bang Theory, so perhaps it’s not to be unexpected she can get amongst the thigh-slappers,

“And then as far as Kaley, she can do everything, and she can turn on a dime, and her comedic timing… she comes from that Chuck Lorre background where they got more jokes per minute, and even her reactions are humorous. She does all those just down to the microsecond and gets it right every time, which just allows room for more jokes”

Cuoco was recently nominated for Outstanding Lead Actress in a Comedy Series for her work on The Flight Attendant, but lost out to Jennifer Coolidge. At the very least, Cuoco’s fans got to see her out in public with her boyfriend as they walked the red carpet together.

Meet Cute is set to debut on Peacock from Sept. 21, in case you’re subscribed.