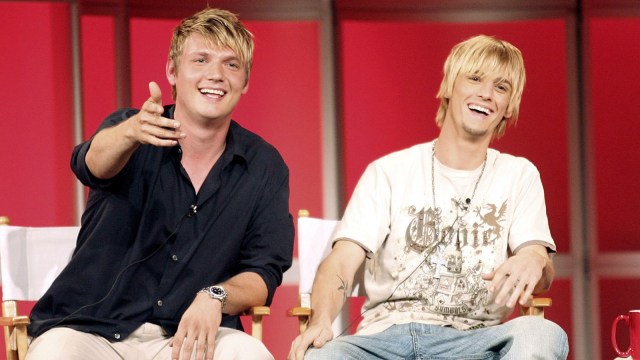 Former Backstreet Boys member Nick Carter announced that he launched a mental health fund with his sister, Angel, in memory of their younger brother, Aaron Carter, after he passed away on Nov. 5. All donations will go towards a children’s mental health organization that the Carter brothers were involved with for years.

Nick and Angel announced on their Instagram stories that they have set up a donation fund for those who want to honor their brother and help others at the same time. Nick thanked fans for their overwhelming support since Aaron’s passing and said that he wanted to launch a donation fund in his memory.

“Very grateful for the outpour of love and support for my brother. In his memory, a donation fund has been started to benefit @OnOurSleevesOfficial, an important children’s mental health organization helping families across America.”

Meanwhile, Angel said that she and her family felt overwhelmed by the ongoing love and support since her brother’s death and continued to advocate for the importance of mental health.

“My family and I are overwhelmed by all the love and support that we have been shown over the past week since Aaron’s passing. The amazing memories you’ve shared of Aaron have brought a smile to my face in an incredibly dark time.”

“Mental health is so unbelievably important. It’s not talked about enough and is so often overlooked. Mental illness leads to so many different problems within your life and can result in serious issues like addiction. In honor of Aaron, a donation fund has been set up to benefit @OnOurSleevesOfficial, an important children’s mental health organization helping families across America.”

Nick’s representatives told TMZ that all the collected funds would immediately go to the children’s mental health organization. The funds would help provide funding for educational content and lesson plans for schools and organizations. At the same time, they’re paying it forward by helping others in the community.

“By honoring Aaron, you help Nick, Angel, and their family’s commitment of helping others.”

On Our Sleeves is an American organization, whose goal is to break the stigma of children’s mental health. They aim to provide educational resources, as well as connect struggling families to trusted resources. It was also an organization that Aaron served as ambassador and one that Nick heavily supported for years.

Aaron Carter was found dead in his California home at age 34. Up to this point, it’s still currently unknown what was the cause of death, but reports say that he was found drowned in his bathtub. Nick has admitted that he and his brother had a complicated relationship, yet he still loves him.