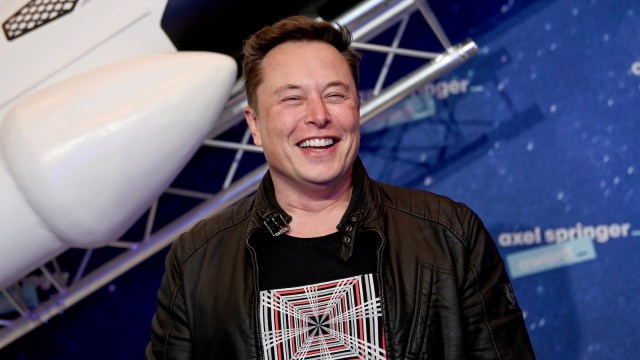 Sure, The Simpsons is the gold standard when it comes to animated series that predict the future, but that doesn’t mean they’re the only prognosticating cartoon on the block. Rick & Morty has been giving us disturbing views of our yet-to-happen dystopian nightmare for a while now, and today’s big news about Twitter and Elon Musk shows that they absolutely revealed the shape of things to come.

In “One Crew Over the Crewcoo’s Morty,” the third episode of season four, while attempting to form a crew to break into a heist convention, Rick and Morty recruit Elon Tusk, an alternate version of Elon Musk (he IS Elon Musk, just with a set of massive tusks — and yes, the irl Musk voiced the character because OF COURSE he did). The duo choose the tusky version of the Tesla entrepreneur because in Rick’s words because “this is a team operation and regular Elon can be a little bit controlling.”

Musk’s acquisition of Twitter wasn’t even a self-obsessed gleam in the Space X CEO’s eye when the episode originally aired back in November of 2019 — but Rick’s characterization is pretty much spot on when it comes to describing Musk’s need to buy the social networking site — ostensibly to help promote free speech, but almost maybe probably so he could make people stop making fun of him.

Of course, one can’t see into the future far enough to know if Musk’s purchase of Twitter, arguably the most successful microblogging app of all time, will be ultimately harmful or usher in a brand new era of social media awareness as per Musk’s recent statement but its difficult to argue that the move wasn’t at least egocentric. As Rick tells Elon Tusk, “it’s that kind of s*** that made us worry about regular Elon.”