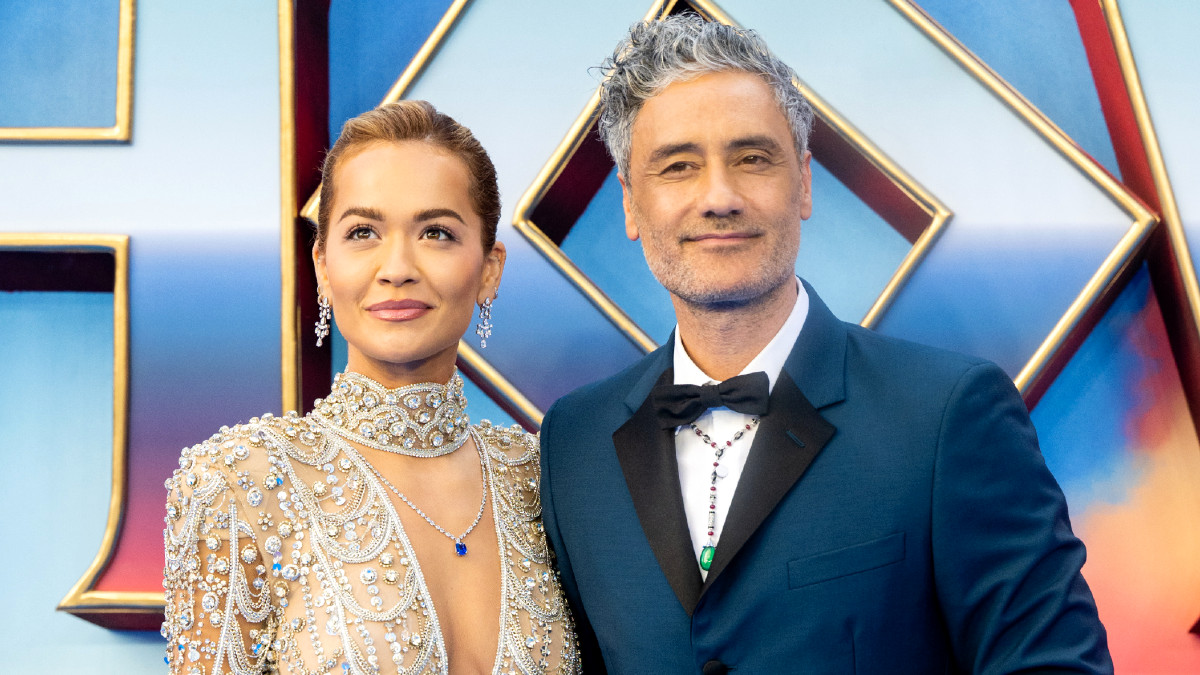 Rita Ora is finally clearing up the speculation that she was once in a “throuple” situation with Taika Waititi and Tessa Thompson.

Rumors first began swirling in May 2021 after paparazzi photos caught Ora and the Thor: Love and Thunder director, whom she married in August 2022, seemingly canoodling with Thompson on a balcony in Sydney on a Sunday morning following an all-night party at Waititi’s home. The trio seemed pretty chummy and intertwined at the time — leading people to speculate that the couple had opened their relationship up to Thompson, who had previously admitted that she is attracted to both men and women.

However, as Ora now tells British GQ, those photos were nothing more than the result of friends blowing off some steam and having a good time. The 32-year-old says the reason she hasn’t addressed the rumors until was because they were simply too absurd to comment on.

“I just chose to not acknowledge that because it’s ridiculous. I think when some things are so absurd, and it’s hard to fathom any sense of it, you just have to ignore it. I’ve taken that approach for a lot of things, because you don’t want to put energy towards something that’s nonexistent. It’s like trying to explain something that didn’t happen means you’re feeding into nothing.

Have you ever been in a situation where you’ve had a lot of drinks and everyone’s your best friend? And then the next day you’re like, ‘I was talking to this person in the smoking area for four hours and I’ve got no idea who they are?’ Literally – that [photo] was just a bunch of friends having a good time. They [Taika and Tessa] had a crazy schedule and everyone was letting loose. I love that. Each to their own.”

But if there’s any good to come of the rumors, Ora says that her LGBTQIA+ fans were fully supportive and thanked her for normalizing same-sex relationships — whether the photos acutely depicted what was going on or not. “That made me really happy,” she added. “You don’t know who it’s touching.” Phrasing!

For his part, Waititi had previously addressed the paparazzi snaps in a June 2021 interview with the Sydney Morning Herald. “I think in the world of the internet, everything goes away pretty quick,” the 47-year-old said at the time. “And also, is it that big a deal? No, not really. I was doing nothing wrong. It’s fine.”