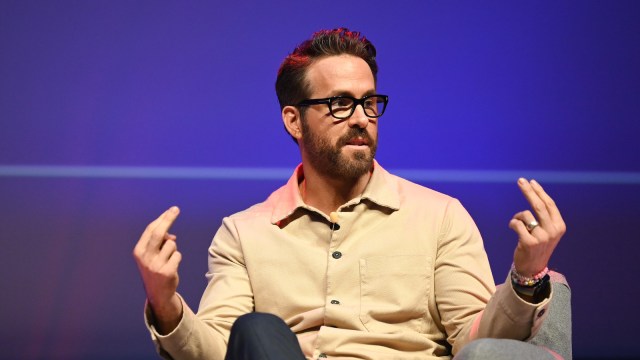 As an actor/entrepreneur, Ryan Reynolds has never had a problem using his celebrity to promote his various businesses. Whether it’s spinning off the marketing arm of his production company into its own high-end ad agency, starring in a commercial for his cybersecurity business with a soccer team he owns,  or just promoting a business venture by forcing Steve-O to eat hot peppers, Reynolds isn’t afraid to chase the bottom line. In fact, his biggest praise for HBO Max hit The Peacemaker was its product placement of the gin company he owns (Aviation Gin, if Reynolds wants to tweet a link to this article).

So it should be no surprise that Reynolds responded to a tweet from a fan having fun with Reynolds’ placement of Aviation Gin into his movies with a funny tweet of his own:

The scene in question is from the 2010 Reynolds-starring film Buried, a thriller in which Reynolds plays an American contractor in Iraq who has been buried alive in a plain wood coffin with the intention of ransoming him. The bottles of Aviation have been photoshopped into the shot, as was the logo that had apparently been burned into the interior of the coffin.

Delighted fans responded in kind, starting with a bottle of Aviation photoshopped into the Reynolds Pokemon vehicle Detective Pikachu:

And user That Girl Megan could relate to the idea of being buried alive with liquor:

And this Twitterer plans to create a drinking game around it:

In any case, Ryan Reynolds has certainly proved that when it comes to product placement, gin is in!