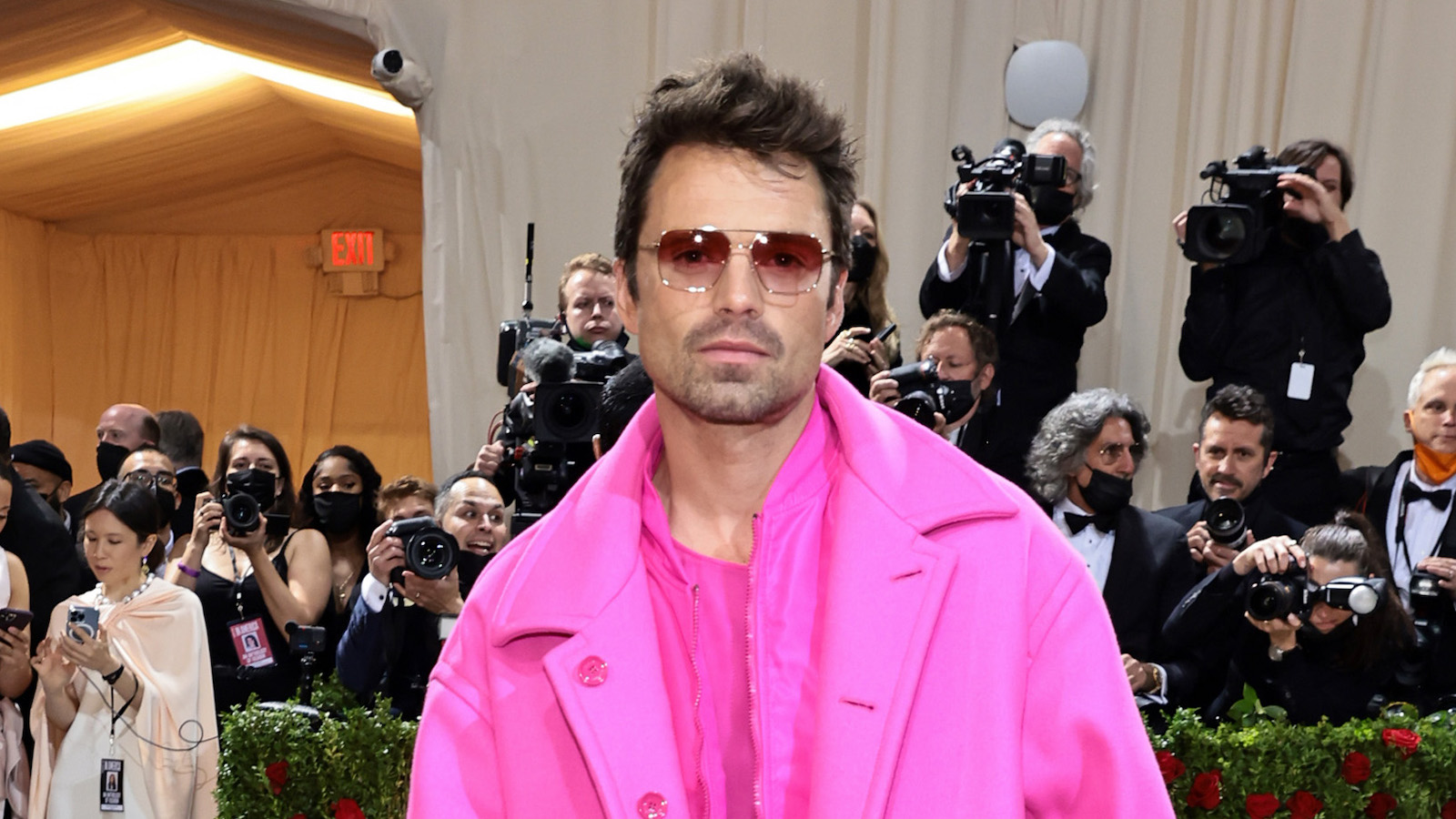 Forget the days of the brooding Sebastian Stan from Gossip Girl and The Winter Soldier, with the Marvel star going for a vibrant look at the 2022 Met Gala.

In a look that fuses early Elton John with a bit of eccentric Tony Stark, Stan blew away fellow attendees at the Met Gala. Despite the theme of “gilded glamour,” Stan’s effort is based far more on the concept of vivacious colorations. The hot pink suit is one of the finest looks from the actor and a far cry from his classically dapper 2022 BAFTA ceremony suit.

The suit designed by Valentino stands out like a sore thumb, but at least it’s a pretty thumb.

Recently, Stan went away with heroic roles, playing an insatiable cannibal in horror-comedy Fresh. Likewise, a much murkier role in the miniseries Pam and Tommy, following the aftermath of the infamous Pamela Anderson and Tommy Lee sex tape.

The upcoming year looks bright for Stan, with the actor currently filming for comedy-thriller Sharper from director Benjamin Caron and A24.