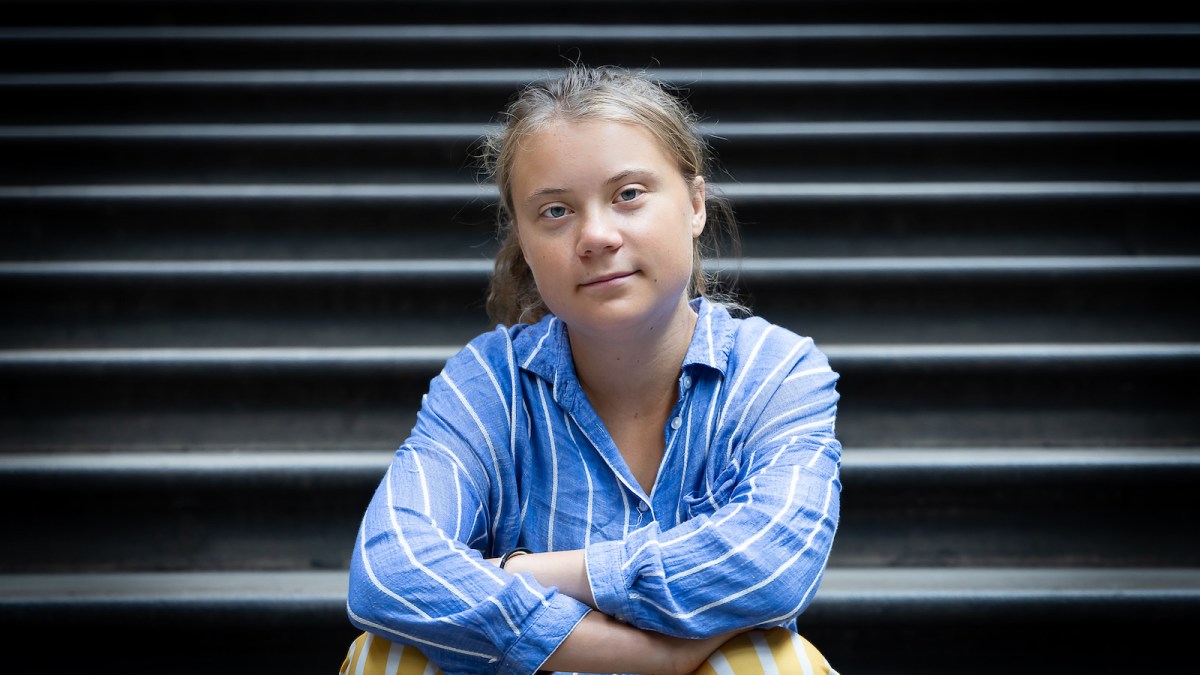 One person might not think so, but Greta Thunberg was peacefully minding her own business when Andrew Tate decided to start attacking her stances on climate change and the environment. True to her nature, she came back with some great punches, and now she’s blowing up on Twitter for the hilarious knockout that ensued.

Not to make light of human trafficking because it’s s a serious matter that has everyone concerned, but Tate asked for his arrest when he started a battle royale with the young environmentalist. For some reason, he decided to call her out and brag about his many high-emission cars and for her email address so that he could send her a list of them all. Her hilarious “[email protected]” reply prompted him to try to top her which led him to post a video where he displays two pizza boxes that he had no intention of recycling. He made it a point to say that.

What also happened was those pizza boxes clued the Romanian police into his location because prosecutors had secured a warrant for his arrest for human trafficking, rape, and forming an organized crime group. He snitched on himself and he’s kicking his own butt about right now, but not without the help of Greta herself.

How it all went down evokes a very satisfying feeling knowing that after all his bullying, being led away in handcuffs was the result. Obviously, this can be compared to many things but a perfect likening is to that of Patrizia Reggiani who was convicted of the murder of her ex-husband, Maurizio Gucci. But before her downfall, there is an interesting twist in House of Gucci where Patrizia, played by Lady Gaga, arranges the arrest of her husband’s uncle, played by Al Pacino.

Worthy of being considered a work of art, this comedic fan has Greta’s response to Tate framed and hung on display in the world’s most prestigious museum, the Louvre in Paris.

The punches keep coming in and a reference to Scooby-Doo is definitely on time.

As far as bragging about how many cars he has to drive, none of them are any good to him now. Greta is most likely smiling back at Karma and saying, “Great job!”

Someone just strolled in and dropped this next meme without a comment. It says it all.

Of course, she is a 19-year-old teenager that the 36-year-old trained kickboxer decided to bully but no one ever confused her for someone who couldn’t take care of herself. They were just waiting on the right fool.

As he waved his cigar around and blew smoke in the air, he tried to mock her unsuccessfully because he had the “small dick energy” reference all wrong. Seeing him in handcuffs scratched an itch no one knew they even had.

With a reference to his human trafficking charges, he should learn from this to leave teenage girls alone. Of course, he’ll have plenty of years to think about it if he’s convicted.

Then, there is this hilarious blow: his loss to Greta added to his kickboxing record on Wikipedia. It’s not there now and at this point, it’s tough to tell if it ever was due to the sheer volume of edits to his page in the past 24 hours, but some genius made it happen. Hats off to whoever came up with this one.

The jokes won’t stop any time soon. There is too much to go on for this one.