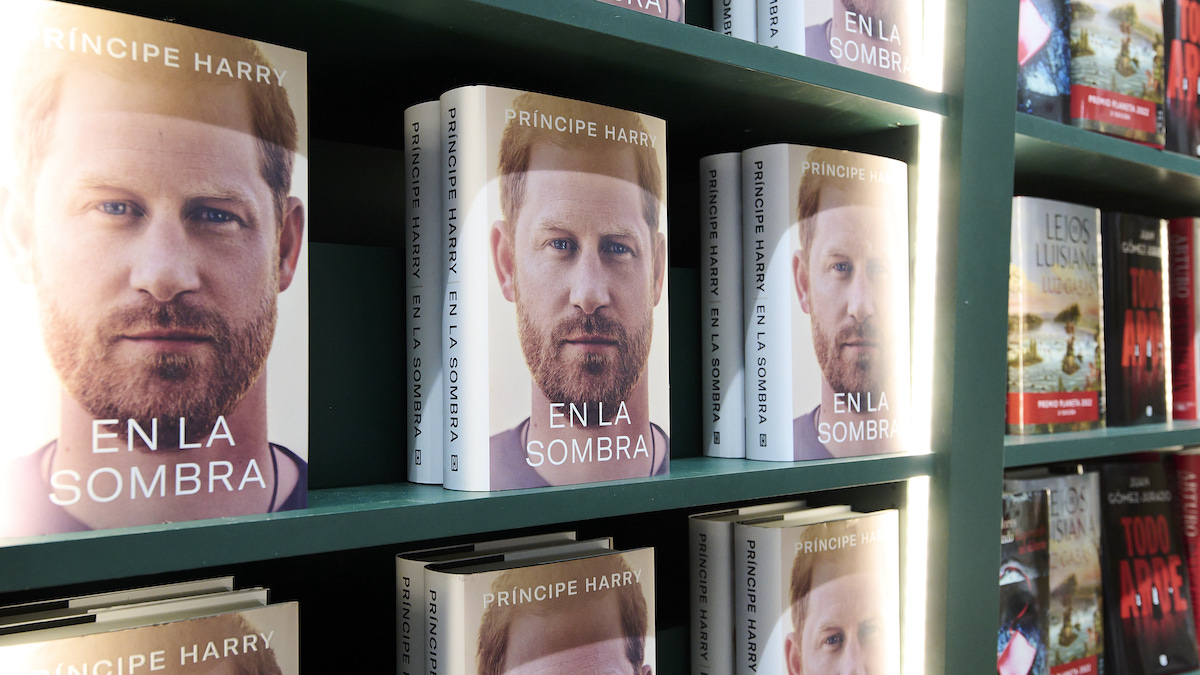 With today’s release of Prince Harry’s memoir, Spare, we look at the ten biggest bombshells from the already-controversial book.

Considering the Prince’s multiple television interviews in recent days, as well as the release of some of the biography’s contents, you likely have heard some of these revelations in the last week. Yet, a few may have slipped past your ears and we also re-read the memoir to pinpoint what exactly would make our top 10 bombshell reveals from the Royal red head.

Alas, we give you a bombshell of a list.

His brother was jealous of his beard

Our list starts with a tame one that Harry believes the bearded community can relate to.

Prior to wedding Meghan Markle, Prince Harry asked Queen Elizabeth II for permission to not shave his beard for the ceremony and the Queen granted the request. Prince William suggested to his brother that it was customary for royals to shave for their wedding and became livid when Harry told him he already received permissin from the Queen. Harry alleges that Prince William rasied his voice and said, “You put her in an uncomfortable position, Harold!”

Recently, Harry revealed to 60 Minutes that the fight over the beard went on for over a week until his brother finally admitted it was all because he had to shave his own beard for his wedding to Kate. Hairy Harry prevailed.

He yelled at Meghan

Explaining a time where he took something Meghan said the worng way, Harry wrtes, “For some reason, when the conversation took an unexpected turn, I became touchy. Then angry. Disproportionatey, sloppily angry.”

He writes of being over-sensitive in the moment and then describes that he yelled at Meghan. “I snapped at her, spoke to her harshly, cruelly.”

After things calmed down, Meghan told him that she wouldn’t stand for being spoken to in that way. Harry explains that Meghan helped him navigate through his emotions.

How he lost his virginity

While a teenager at Eton College, Harry lost his virginity to an older woman behind a busy pub. He says it was a quickie and that the woman, whom he does not name (perhaps the only thing he has kept secret in his tell-all book) slapped him on his rear-end afterward and sent him on his way.

Thereafter, Harry was so worried that someone spotted them (after all, it was at a busy pub!) that he thought for sure the story would find its way to the media. Some days later, when a bodyguard for the Royal Family showed up to “find out the truth,” Harry thought he was done for. Turns out, the bodyguard was there to talk about Harry’s drug use, which he strongly denied.

Harry realized he got away with a rapid romp that the tabloids were ignorant to, however, he lied about never doing drugs which perfectly segues into our next bombshell reveal in the book.

Prince Harry has often denied using any drugs but, in his memoir, he decided to finally admit that he indeed tried cocaine.
Harry writes of his drug use, “It wasn’t much fun and it didn’t make me particularly happy as it seemed to make everyone around me, but it did make me feel different and that was the main goal.”

Referring to the pain he felt caused by mother’s tragic death, he adds, “I was willing to drink, was willing to take drugs, as well as trying new things that made me feel less like I was feeling.”

His brother physically attacked him

This led to a shouting match that Harry claims resulted in Prince William pushing him to the floor while grabbing him by the collar and ripping off his necklace.

To make matters worse, Harry landed on a dog bowl when his back hit the floor. Harry got up and told his brother to leave. While departing, William told Harry that Meghan didn’t need to know about what happened. Harry replied, “You mean that you attacked me?”

Harry then claims that William immediately denied attacking him. Meghan later spotted bruises on Harry’s back and asked what happened, to which Harry did not take his brother’s advice.

He pleaded to his father to not marry Camilla

Harry first thought that Camilla would be “like the wicked stepmother in storybooks.” However, he soon realized that she wasn’t. Despite this, he and his brother knew that if his father eventually married Camilla that it could be a problem.

They wanted their father, then Prince Charles, to not be so lonely so they told him they would accept Camilla on one condition. “We support you, we said. We endorse Camilla, we said. Just please don’t marry her. Just be together.”

After pleading to their father, Harry writes, “A wedding would cause controversy. It would incite the press. It would make the whole country, the whole world, talk about mummy, compare mummy and Camilla, and nobody wanted that. Least of all Camilla.”

The pleas fell on deaf ears. Harry then started to notice that “She began to play the long game. A campaign aimed at marriage and eventually the Crown.”

His brother encouraged him to wear Nazi uniform

Harry claims that the Nazi costume he wore at a 2005 “native and colonial” themed party was partly due to his brother’s assurance that it would go over well. That might not sound like much of bombshell but it was hugely controversial at the time and the real story here is the fact that Harry seems to blame his brother and Kate for it because when he asked them about the possibility of wearing such a costume, Harry claims, “They both howled. Worse than Willy’s leotard outfit! Way more ridiculous! Which, again, was the point.”

Clearly, Harry initially trying to decide between a Nazi uniform and a pilot uniform is the problem. The fact that he doesn’t seem to realize his initial idea was the issue, coupled with then explaining that his brother approved it, shows how Harry would rather drag someone else into the controversy and not take full responsibility.

He talks about penis and reveals some cold stuff

After Harry reveals in the book that he and his brother are circumcised, a revelation apparently motivated by tabloids suggesting otherwise (though why he brought his brother’s privates into a public convo is unclear), he then chillingly reveals that his own privates were frostbit after a trip to the Arctic.

This reveal, like many in the book, seem completely unnecessary but he continues to tell the world that he had returned for his brother’s wedding to Kate and that his circumcised “todger” was frostbit during the ceremony.

Only Jack Frost would be proud of this story.

He killed 25 people while serving in the British military

Harry served in Afganistan during two different terms over a period of a decade. In his book, he admits to killing 25 Taliban soldiers. Harry writes, “While in the heat of combat, I didn’t think of those 25 as people. You can’t kill people if you think of them as people. They were chess pieces removed from the board.”

This was one of the many things revealed prior to the book’s release and it has already received a response from the Taliban who stated, “The ones you killed were not chess players. They were humans, they had families who were waiting for their return.”

Many have questioned why Harry would publicly make this admission, considering that it could make him a target of revenge. Former Army commander, Colonel Richard Kemp, called Harry’s reveal “an error in judgment.”

Nonetheless, Prince Harry speaks fondly of his Army days, saying “Ten years in the Army was the best escape I ever had.”

Dramatic disagreements between Meghan and Kate

You no doubt already heard the bridesmaid dress story where Kate Middleton allegedly made Meghan cry over one of the dresses not fitting. However, that wasn’t their only spat. According to the memoir, prior to Harry and Meghan’s wedding, Kate Middleton apparently forgot a minor detail told to her by Meghan who responded by telling Kate she had “baby brain,” a term used to refer to memory problems that women can experience while pregnant.

This led to them sitting down after the wedding to smooth things over, only for Kate’s husband, Prince William, to point a finger at Meghan and tell her that her rude comment was not how things were done in Britain.

Meghan responded by telling William to “Kindly take your finger out of my face.”

It only resulted in more tension and Harry notes that the friction ultimately “poisoned the atmosphere.”

Funny enough, considering all the revelations in the book, Spare will likely also only result in adding to the poisoning of the atmosphere between Harry and his Royal family. It’s head-scratching why Harry has actually said that he wants to reconcile with his family yet his biggest action is to release a tell-all book about them.

It seems the last thing you would want to do if you want to reconcile with someone is to share private stories of them with the world. It makes one wonder if Harry is actually the one suffering from baby brain.