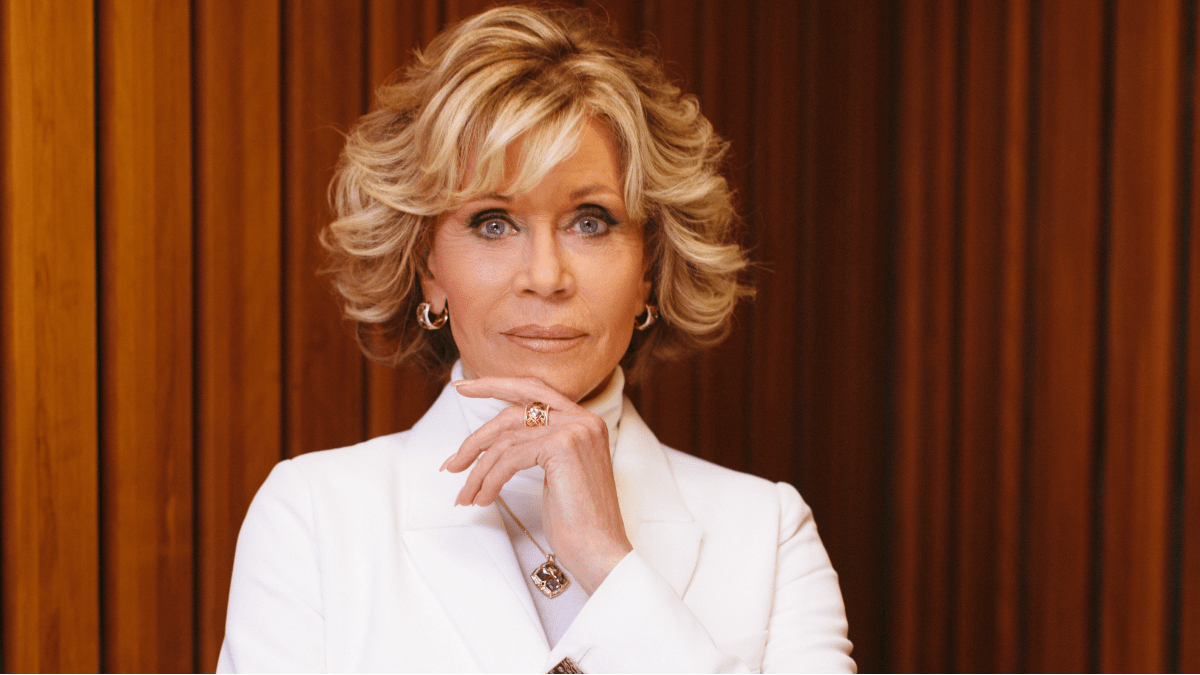 Jane Fonda has always been an icon. The legendary actress, activist, and workout guru has had a long and illustrious career spanning over six decades. With a seemingly innate talent for reinvention, Fonda has kept herself relevant in the public eye throughout all iterations of her career. She has once again proved her likability spans generations after a short interview clip went viral on social media.

Currently, Fonda is promoting her new film 80 For Brady, alongside co-stars Lily Tomlin, Rita Moreno, and Sally Field. The film follows four octogenarians as they embark on a quest to see their idol, football star Tom Brady, play in a Patriots game. 80 For Brady, which is based on a true story, will inevitably show the ladies veering off course on their way to Boston and somehow Guy Fieri will be involved in the shenanigans.

As part of the film’s promo tour, Fonda and her co-stars appeared on CBS News Sunday Morning to talk about Brady, their careers, and each other. Fonda speaks with the reporter about the importance of friendships as one gets older and the clip has already been viewed over 2.7 million times. She explains what she feels is the difference between male and female friendships as well as advice on forming strong friendships.

Women’s friendships are very different than men’s friendships. And they’re very important to our health. Because you guys, you kind of sit side by side and watch sports or cars or women. Women sit facing each other eye to eye, and they say, ‘I’m in trouble. I need you. Can you help me? You know, we’re not afraid of being vulnerable.

She goes on to say her Ted Turner, who she describes as her “favorite ex-husband,” once told her people don’t form friendships after 60. Fonda disagrees with this sentiment and says the key to making new friends at any age is to be intentional and “relentlessly pursue” potential friends.

Her advice was well received by Twitter users and many wish Fonda would try this technique on them.

Many were amused that Fonda has a favorite ex-husband.

One user expressed adoration for women and the ability to form intentional friendships.

Many found Tomlin and Field as relatable as Fonda. Both agreed they weren’t huge fans of people but Fonda’s approach to friendship helped her enter their inner circle and the women are now close friends. For those with a more introverted personality, friends who pursue you “relentlessly” can be a blessing.

Several men took to the replies to talk about their friendships. Some talked about how they couldn’t see themselves being vulnerable with their friends, in the same way, Fonda talks about in the clip. Others pointed out that friendships between men are usually more focused on spending time together rather than talking about their feelings.

Another replied their mother has formed new friendships with other older women, showing it’s possible to have an active friend group no matter one’s age.

We love seeing these women continuing to prosper far into their long careers. These ladies show it’s more than possible to have great friends as you age and we hope to follow Fonda’s example and make some great friendships!