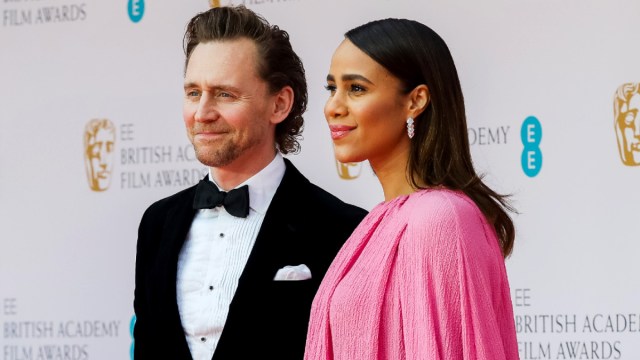 Time to break out the bubbly for Tom Hiddleston and his fiancé Zawe Ashton, who welcomed their first child this week.

The couple, who starred in the West End and later Broadway production of Betrayal in 2019, first confirmed that they were engaged earlier this year, and months later, they revealed that they were expecting a child in June. With the exception of his brief fling with Taylor Swift, Hiddleston is known for being tight-lipped about his personal life, so the couple’s relationship has been mostly under wraps until this point.

Likewise, they have not confirmed a gender or a name for their child. However, a source did reveal the happy news to Us Weekly. “Tom and Zawe are loving being new parents and are filled with joy,” dished the source. “They have been having the struggles of new parents and aren’t sleeping much but are thrilled.”

“They love the finer things in life,” another source claimed soon after news of the pair’s engagement leaked in March. “They also love to let loose and rock out with friends, whether it’s at a house party or heading to a local bar or restaurant.”

Interestingly enough, Hiddleston and Ashton have another professional connection beyond their time on stage together. Whereas the 41-year-old actor is known for his portrayal of the character Loki in the Marvel Cinematic Universe, beginning with Thor in 2011, Ashton, 38, was recently confirmed as a villain in phase four of the MCU. Though her role has yet to be revealed, fans are speculating that she could portray a a gender-swapped version of Kree general Dar-Benn from the comic books.

In any case, it seems as though the couple will have a busy road ahead of them. No sweat, though, for two bona fide superheroes.