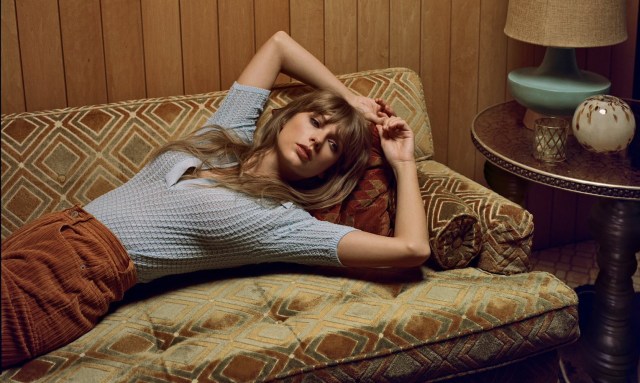 The wait is over: Midnights is out. Taylor Swift’s tenth studio album was released on midnight, with its own surprise special edition, appropriately called the 3am Edition, coming out at 3am. And one of the tracks released at 3am in particular has drawn reactions similar to the 10-minute version of “All Too Well,” but with musician John Mayer replacing actor Jake Gyllenhaal as the subject.

If you’ve seen the commotion online, you might be confused as to why people are so angry at John Mayer after listening to “Would’ve, Could’ve, Should’ve,” track 19 on the surprise extended edition. Longtime fans instantly recognized situations she hinted at in previous songs—most notably, “Dear John,” from 2010’s Speak Now, which is known to reference her brief relationship with the musician. Swift still hasn’t announced when the re-released version of her earlier, entirely self-penned album is coming, but it seems like we just got a sneak peek with these lyrics.

While we can’t say how things went for sure, we also can’t say it’s all speculation: over the early years of her career, Swift decided to keep her private life as private as possible in all but her songs. That is a standard she has kept for most of her career, specializing in highly confessional and personal lyrics while avoiding interviews that focused too much on who she was or wasn’t dating. And dedicated fans put most of the pieces together to better understand what happened in each situation.

As fans look forward to Speak Now (Taylor’s Version) and digest Midnights, we thought it might be interesting to recap what happened between Taylor Swift and John Mayer all those years ago.

It all started in early 2009, when Mayer, then 32, tweeted about a song idea that wouldn’t leave his head. The song was called “Half of My Heart,” and he pictured Taylor, then 19, as a featured vocalist. He compared her to Stevie Nicks at the time. Taylor was a fan of his, and didn’t hide her excitement after being noticed by a musician she admired so much.

The song was eventually recorded and included on his fourth studio album, Battle Studies, released in November 2009. In the meantime, earlier that year, Mayer was also a guest at her Fearless Tour at Staples Center, singing “Your Body is a Wonderland” and “White Horse” with her.

Fast-forward a few months, to the infamous 2009 Video Music Awards when Taylor’s acceptance speech was interrupted by Kanye West. John Mayer did say a few words about what happened at the event, but let’s focus on someone else for a moment: Taylor Lautner, then 17, who was on stage when it all went down.

Taylor and Taylor allegedly met around prep for the movie Valentine’s Day (2010), in which they played a teenage couple that acts as comic relief. Rumor has it that they started dating around then and were together at the time of the VMAs, in September. That is, until they weren’t anymore.

Backstage at the 2009 Jingle Ball, in December 2009, rumors started about Taylor and John being closer than usual. That standard continued until early 2010, when they were no longer seen together. At the 2010 Country Music Television Awards, there is a photo of the two talking in the audience, her standing and him still in his seat. They already seemed distant by then.

On Oct. 25, 2010, came Speak Now, Taylor’s third studio album, which was written entirely by herself in response to critics’ doubts about her writing skills. And let’s just say it was enlightening.

“Back to December,” the second single off Speak Now, is an apparent apology to Taylor Lautner, and it is so full of detail you can practically see the moments she’s referring to. Some key takeaways from the lyrics are: the breakup was acknowledged by both to have been her fault, they were together during the summer and fall, and something happened in December. December 2009, right around the time she was too close to a certain John Mayer.

Other songs rumored to be about Mayer, and that seem to paint him in a more positive light, are “Superman” and “Ours,” both from the deluxe version of Speak Now. Their lyrics are filled with admiration and even have a certain us-vs-them feel, as if it was the two of them against the world and she needed to protect that special bond. If we assume these songs are about Mayer, it gives us a hint that their relationship may not have been approved by those close to them, or at least to her.

But the real star is Speak Now’s track five: “Dear John.” That is when we begin to have an idea of the damage he’s done to her. The song is a heartfelt electric guitar ballad that runs for almost seven minutes, sounding suspiciously like a John Mayer track, but sung and written in a way only Taylor Swift could have done.

With lines like “My mother accused me of losing my mind, but I swore I was fine,” (a callback to “Ours”), and “You’ll add my name to your long list of traitors who don’t understand,” Taylor implies that getting involved with him was not worth it. The age gap between her and an ex-lover is also discussed in the 10-minute version of “All Too Well,” which is about Jake Gyllenhaal, but in this song she asks, loud and clear: “Don’t you think nineteen’s too young to be messed with?”

It seems she figured out there was something wrong and ran, or at least that’s what we understand from lines like “I took your matches before fire could catch me” and “I stopped picking up and this song is to let you know why.” But not fast enough to avoid trauma. Any track five from a Taylor Swift album is usually the one that hurts the most, and “Dear John” is one of the finest examples of that feeling.

Speak Now still has a final song rumored to be about her involvement with Mayer, or more specifically that awkward encounter at the 2010 CMT Awards. In “The Story of Us,” she writes about the feeling of meeting someone you once had feelings for, and how loud the silence is when you’re not speaking to each other anymore.

Mayer did not like the way he was portrayed in those songs at all, calling them “cheap” songwriting to Rolling Stone and saying he felt “humiliated.” Rumor has it that he wrote “Paper Doll,” the first single from his 2013 album Paradise Valley, about Swift.

Another interesting detail is in the lyrics for “Innocent,” a song widely known to be about Kanye West and even performed at the 2010 VMAs in response to the 2009 incident. The line “32 and still growing up now” applies, whether intentionally or not, to both men at the time they hurt her. Both West and Mayer were born in 1977 and were 32 when their respective incidents took place. She was 19.

Which brings us to the current topic of “Would’ve, Could’ve, Should’ve.”

Several passages of the song are familiar to anyone who’s heard “Dear John.” She recalls the regret, the trauma, not to mention how young she was when it all went down, specifically in moments like “Give me back my girlhood, it was mine first” and the chorus: “I damn sure never would’ve danced with the devil at nineteen.”

Given the fact that Midnights is an album written about the thoughts and fears that kept her up late at night, you can imagine why fans got angry. It seems like the damage done by this situation is probably much deeper, and has lingered much longer, than most people ever imagined. She was, indeed, too young to be messed with, and he, indeed, should’ve known.