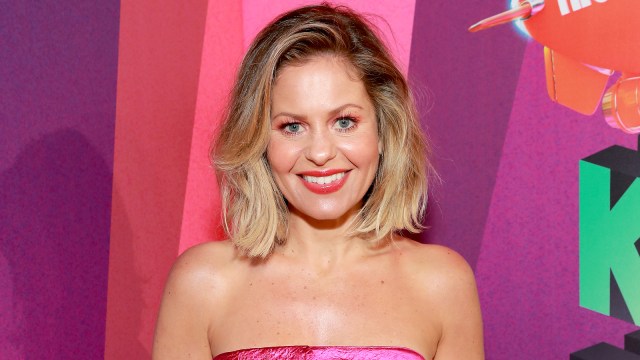 Over the course of her 40 years in the entertainment industry, Candace Cameron Bure has proven herself to be a woman of many talents. She’s an actress, producer, author, and talk show panelist, and as of recently, she’s also been on the receiving end of some internet drama involving teen sensation JoJo Siwa.

Partaking in a viral TikTok challenge, JoJo Siwa shaded Bures as the “rudest” celebrity she’s ever met. The video was clearly all in good fun, but given her 42.4 million followers, it was only a matter of time before Siwa’s shade got back to Bure, which it did. Shortly thereafter, Bure took to her Instagram to clear the air to her own 5.6 million followers. After a lengthy video explanation, she assured her followers that everything is “all good on the JoJo front.”

Siwa’s innocent act of shade-throwing has inadvertently swiveled the spotlight over to Bure, an actress who’s been active in the entertainment industry since she was eleven years old, just like Siwa. Bure’s early work as D.J. Tanner on the ABC sitcom Full House in the ’80s and ’90s — plus her reprisal of the character in Netflix’s Fuller House spin-off series — has made Bure a staple in the industry. In the 40 years since her work playing D.J. Tanner-Fuller she’s gone on to expand the titles attached to her name, such as author, producer, and talk show panelist.

One can’t help but wonder how much money Bure has amassed in her last four decades of work. Here’s what we know about her net worth.

What is Candace Cameron Bure’s net worth?

According to Celebrity Net Worth, Candace Cameron Bure has a net worth of $14 million. This is in combination with her husband of 20 years, retired professional hockey player Valeri Bure.

Although she took a break in 2000 to raise her children, for the most part Bure has been actively working in the industry ever since she was 11 years old. To date she has 53 movie and TV credits to her name. In 2014 she appeared on Dancing With the Stars where she came in third place, and in 2015 she co-hosted The View for a year. During that time she was also filming the Fuller House spin-off series, which ran from 2015 to 2020, and starred as the titular character in Hallmark’s mystery series Aurora Teagarden Mysteries, which ran from 2015 to 2022.

Bure has four books to her name, including Reshaping It All: Motivation for Physical and Spiritual Fitness (2011), Balancing It All: My Story of Juggling Priorities and Purpose (2014), Dancing Through Life: Steps of Courage and Conviction (2015), and Kind is the New Classy: The Power of Living Graciously (2018).

Bure’s net worth largely comes from her decades-long career in the entertainment industry, which she’s been pretty much active in for over 40 years now. Now that Fuller House and Aurora Teagarden Mysteries have come to a close, Bure spends most of her time on social media promoting her fashion line, Candace Cameron Bure Clothing, and promoting her Candace Cameron Bure’s One Step Closer Bible.

After 14 years working on the Hallmark Channel, Bure has finally left to pursue more “faith-filled” projects on GAC (Great American Channels). Her IMDb doesn’t list any upcoming projects as of yet, but for someone who’s been working since she was 11 years old, it likely won’t stay that way forever.