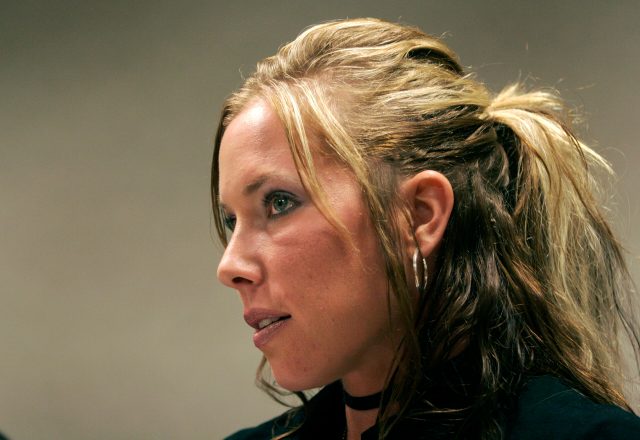 As everyone knows, Kim Scott Mathers was in a tumultuous relationship with Eminem. The couple had a daughter while adopting several relatives as Eminem was climbing up that ladder of rapper stardom. When the two split, Kim faded from that life, but she hasn’t been without her share of headlines. Just last year, TMZ reported that she had been hospitalized for attempting to commit suicide.

Despite several online sources that report her net worth at $2 million and rumors that she owns her home in Macomb Township, Michigan, where she’s pursuing a freelance career, she doesn’t seem to be able to run from her past. She has spoken of the sexual abuse she endured at the hands of her stepfather which drove her to run away from home, and she was deeply hurt by the deaths of both her sister and her mother, which have plagued her life throughout all of her hardships.

One of her greatest achievements was having Hailie Jade with Eminem back in 1995. Her daughter has grown up to be a huge influencer with 2.9 million followers on Instagram and a YouTube podcast with about 87,000 subscribers that she just started three months ago. Hailie seems well adjusted despite everything her mother has been through, and that most likely had some impact on her growing up.

Kim’s first recorded suicide attempt was when Hailie was only 6 years old while Eminem was on tour. The little girl’s mother went with some friends to see one of his shows and watched as he beat up a blow-up doll that was made to look like her while he performed the song “Kim” which was blatantly about her. That night, she attempted to slit her wrists.

Other suicide attempts have been much more drastic. She crashed her car while drinking and driving. When asked by the police, she said that she was trying to kill herself. This happened only days after her mother’s death and later a note was found explaining that she wished she had died instead. She was arrested and charged with a DUI in 2015.

The most recent suicide attempt was just over a year ago as mentioned earlier. Police were called to her house because of concerns that she was suicidal. She tried to fight them, and she got so violent that paramedics were unable to do their jobs despite cut marks on her legs and a massive amount of blood on the floor. She was ultimately checked into the hospital to be evaluated.