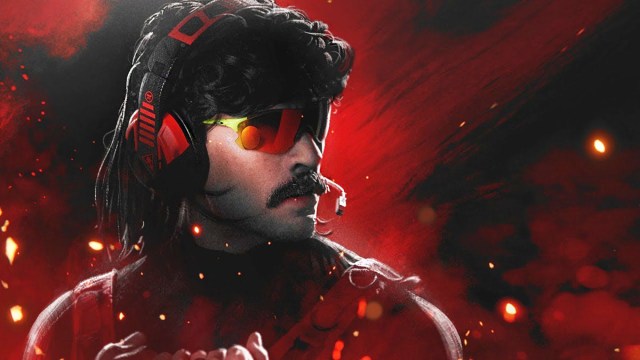 Considered to be one of Twitch’s greatest mysteries after his banishment from the streaming platform in 2020, DrDisRespect never left the hustle life. Guy Beahm, known by his online alias DrDisRespect, rose to fame in 2010 when he started uploading videos of himself playing Call of Duty: Modern Warfare 2. A year later, the American streamer stopped uploading in favor of becoming the community manager of Sledgehammer Games. In 2015, Beahm joined Justin.tv – now known as Twitch, started his full-time career as a video game streamer, and thus, the journey that would make him known across the internet as DrDisRespect.

The streamer’s career as a Twitch streamer was cut short in 2020, when the streaming platform banished the streamer from its library, for unexplained reasons. Beahm would go on to start streaming on YouTube under the same eccentric online persona. As of 2022, DrDisRespect’s channel has surpassed four million subscribers, with an average of 20,000 viewers. Recently, it was announced that the streamer would expand his area of expertise into the world of alcohol by releasing his own whiskey brand, Black Steel Bourbon.

Where to buy Black Steel Bourbon

The intoxicating mix of streaming and alcohol has been a staple for as long as streaming has existed. So if you want to jump on the disrespectful train and get your hands on the Black Steel Bourbon, we have some good and not-so-good news for you. As for the good news, you can easily find the beverage on the Black Steel Spirits website. To access it, you must be at least 21 years old, but keep in mind that it can only be shipped to the following locations: Delaware, Florida, Maine, Maryland, New Jersey, New York, North Carolina, and South Carolina.

On the other hand, the bad news is that this limited-release Kentucky batch completely sold out after launch day. As per the information shared by the official Black Steel Bourbon account, the “exceptional tradition with a refreshingly untraditional spirit,” completely sold out, but Beahm — as a bourbon connoisseur — assured fans that “the taste of victory has just begun.”

There you go, now all you can do is patiently and respectfully wait for a new batch of this drop of wonder to finally be available for your tastebuds’ pleasure. In the meantime, you can still keep up with Beahm on his YouTube channel, with the unfortunate knowledge that you won’t be accompanied by an icy glass of Black Steel Bourbon.