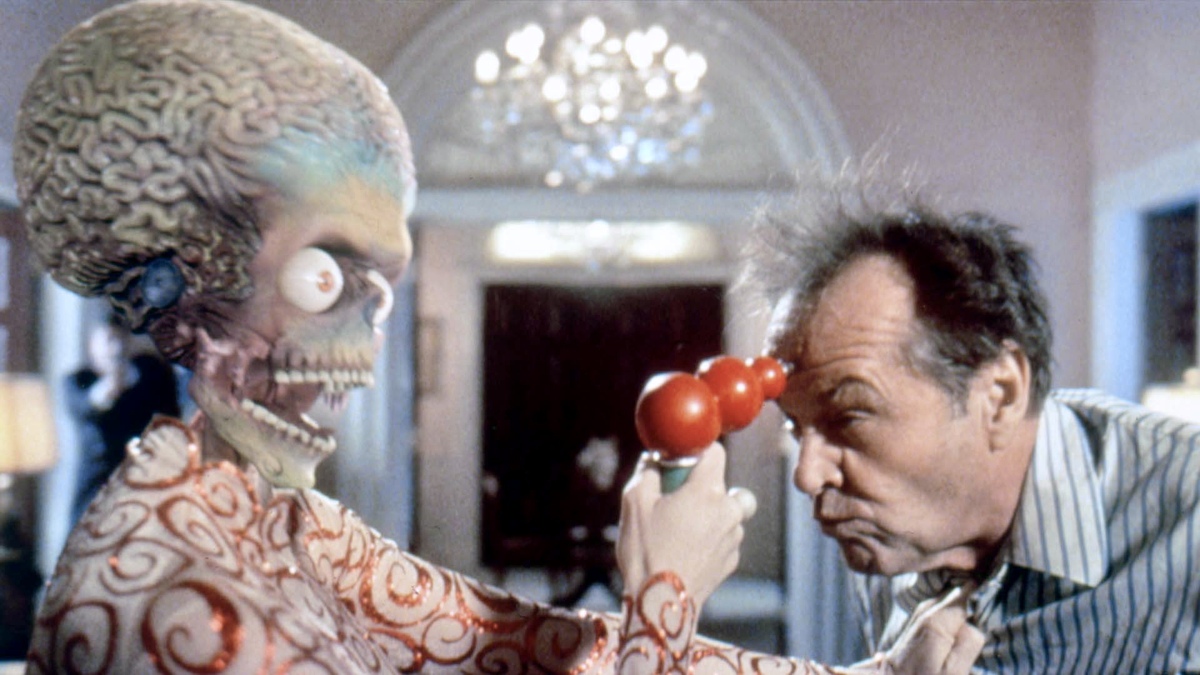 In 1996, Mars Attacks! was released, and featured a very large ensemble cast of actors who have etched their name in time, and currently sit as some of the most famous faces to have ever graced the silver screen. The sci-fi comedy features a very simple story — aliens invade Earth under a seemingly harmless guise, but when it is revealed that they have ulterior motives, the planet is flung into chaos.

For anyone who chooses to rewatch this Tim Burton offering, prepare to spot some of your favorite stars, and while the film failed to earn its intended box office revenue, it’s still considered a cult classic.

It’s been almost three decades since Mark Attacks! was released, so let’s take a look at what some of the actors in the project are up to now, from earning Oscars to gaining stars on the Hollywood Walk of Fame.

With a bright acting career that began as far back as 1955, Jack Nicholson was already a three-time Academy Award winner and household name before starring in Mars Attacks! as both President James Dale and Art Land. Easily recognized for his roles in The Shining, A Few Good Men, Something’s Gotta Give, The Bucket List, and more, Nicholson needs absolutely no introduction. He stepped away from acting in 2010 and since then has lived peacefully. He revealed to Vanity Fair in 2013 that he was not retired, but chooses not to be “out there” anymore. Nicholson still holds the record for the male actor with the most nominations with 12, so while we aren’t ruling him out from the acting scene, his legacy clearly speaks for him.

Glenn Close starred as First Lady Marsha Dale in the sci-fi comedy, but just like her on-screen husband — the aforementioned Jack Nicholson — Close was already one of the most notable stars in all of Hollywood by the time the film was released. The versatile actress has starred in all manner of genres, and is widely considered one of the greatest actresses of all time, which makes her lack of Oscar wins despite eight nominations an absolute travesty. Her career is still waxing strong, as she executive produced the popular Emma Stone-led crime comedy Cruella, and will star in the horror Netflix film The Deliverance, to be released in 2023.

In one of her most notable performances, Annette Bening starred as the free-spirited hippie Barbara Land. The actress has received numerous accolades in her four decades-long career that includes projects in film, television, and the stage. Her most recent roles are Death on the Nile and Captain Marvel, the latter of which saw the actress take on the role of Mar-Vell or Dr. Wendy Lawson, as well as Supreme Intelligence in the superhero blockbuster. She returned to the stage after over 30 years with a stunning performance in All My Sons, which earned her critical acclaim. She will portray author, journalist, and long-distance swimmer Diana Nyad in the upcoming Netflix biopic, Nyad, and join Chris Pine and fellow Mars Attacks! alum Danny DeVito in the mystery comedy, Poolman

From his iconic role as James Bond from 1995 – 2002, to his acclaimed turn as comic book hero Doctor Fate in 2022’s Black Adam, Pierce Brosnan’s talents know no bounds. The actor — who played the role of Professor Donald Kessler — has starred in several commercial successes, and earned his star on the Hollywood Walk of Fame since 1997. He will star as Billy McDermott in the crime comedy, The Out-Laws, which will be released by Netflix in 2023.

Danny DeVito is a comedy legend whose decades-long career has seen him steal multiple scenes in film and television, as well as on stage. With numerous projects under his belt, he boasts a very extensive filmography, and starred as the unnamed gambler in Mars Attacks! Recent audiences will undoubtedly know him for his charismatic portrayal of Frank Reynolds in the FX sitcom, It’s Always Sunny in Philadelphia, a role he has continued to play masterfully ever since joining the main cast in the second season.

After forty years of winning hearts with his magnetic talents on screen and on stage, Martin Short is still raking up acclaim and accolades in the present day, leading the Hulu comedy Only Murders in the Building alongside his pal Steve Martin, and Selena Gomez. From his role as Press Secretary Jerry Ross in Mars Attacks!, to his other hilarious performances, Short is a legend in the acting world.

Another instantly recognizable star, Sarah Jessica Parker starred as Nathalie Lake in Mars Attacks!, and two years later began her iconic run as Carrie Bradshaw on HBO’s Sex and the City. Now over 20 years since her debut as Carrie, she is back as the character in the revival series, And Just Like That…. She also brought back another fan-favorite character in the 2020s by reprising her role as Sarah Sanderson in the 2022 sequel of the 1993 Halloween classic, Hocus Pocus.

Michael J. Fox played the role of Jason Stone in Mars Attacks!, one of many brilliant characters he has brought to life over his many years as an actor. He has taken a step back from acting due to his Parkinson’s disease worsening, but if you want to catch him in his most recent project, he appears in the documentary Still: A Michael J. Fox Story.

Another Oscar winner on the list, Natalie Portman starred as Taffy Dale in the comedy when she was still a teenager. Since then, she has built an illustrious filmography for herself of outstanding roles in several critical and commercial successes. She’s gained even more fame for her role as Jane Foster in the MCU, taking another stab at the character in Thor: Love and Thunder. She will star in the upcoming romantic drama May December, and will lead and executive produce the miniseries Lady in the Lake.