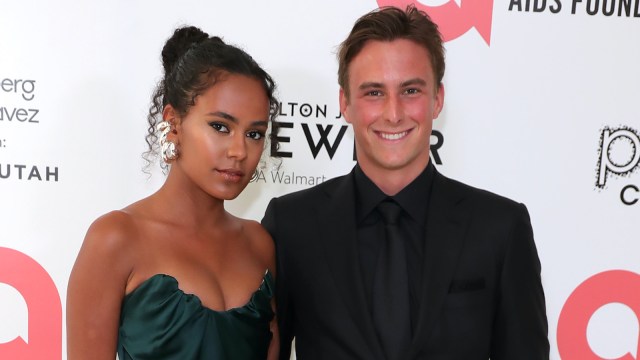 If you’ve heard of The Real Housewives of Beverly Hills then you’ve likely heard of this season’s most recent housewife, Diana Jenkins. If you’re a fan of Jay-Z, then you might have heard of his record label Roc-A-Fella Records, which is co-founded by Damon Dash. What do Diana Jenkins and Damon Dash have in common? Well, their children are dating, of course.

Diana Jenkins’ eldest son, Innis Jenkins and Damon Dash’s daughter, Ava Dash have been thrust into the spotlight due to their parent’s notoriety. The pair were photographed together on the red carpet of Elton John AIDS Foundation’s 30th Annual Academy Awards viewing party in 2022. Since then, questions have arisen from curious fans of their parents wanting to know more about this young couple.

Ava’s Instagram shows a propensity for fashion, no doubt due to her fashion designer mother, Rachel Roy. But fashion isn’t the only thing the two share. In 2016, Ava and her mother Rachel released a novel together, 96 Words for Love, which is described as a “modern retelling of a romantic Indian legend.” It is about a young girl named Raya who is struggling to come to terms with her adulthood now that she’s been accepted into UCLA; she travels to India to discover her familial roots and there meets a handsome aspiring filmmaker named Kiran.

One look at Innis’ Instagram will offer little to no return on investment. His bio reads “entrepreneur” and nothing more and sports only a single photo of him and Ava cuddling on a couch. Although, when you toggle to his tagged photos you will find plenty of posts in which he poses happily with family, friends, and of course, Ava.

Both Innis and Ava likely live very lavish lifestyles due to the financial accomplishments of their parents. Diana Jenkins from The Real Housewives of Beverly Hills famously has a net worth large enough to afford her own private jet, as is mentioned more than once on the show. Damon Dash at one point touted a similar net worth, if not more, but due to a series of financial troubles Celebrity Net Worth puts his current wealth at $100,000.

It’s unknown how the young couple met, or when, as neither have shared that information online or made it public. Although, if we had to guess when they met we’d say it was just this year from the number of photos they’ve only recently began posting together. They say don’t judge a book by its cover, but from the outside it looks like Innis and Ava’s relationship is off to a great start.