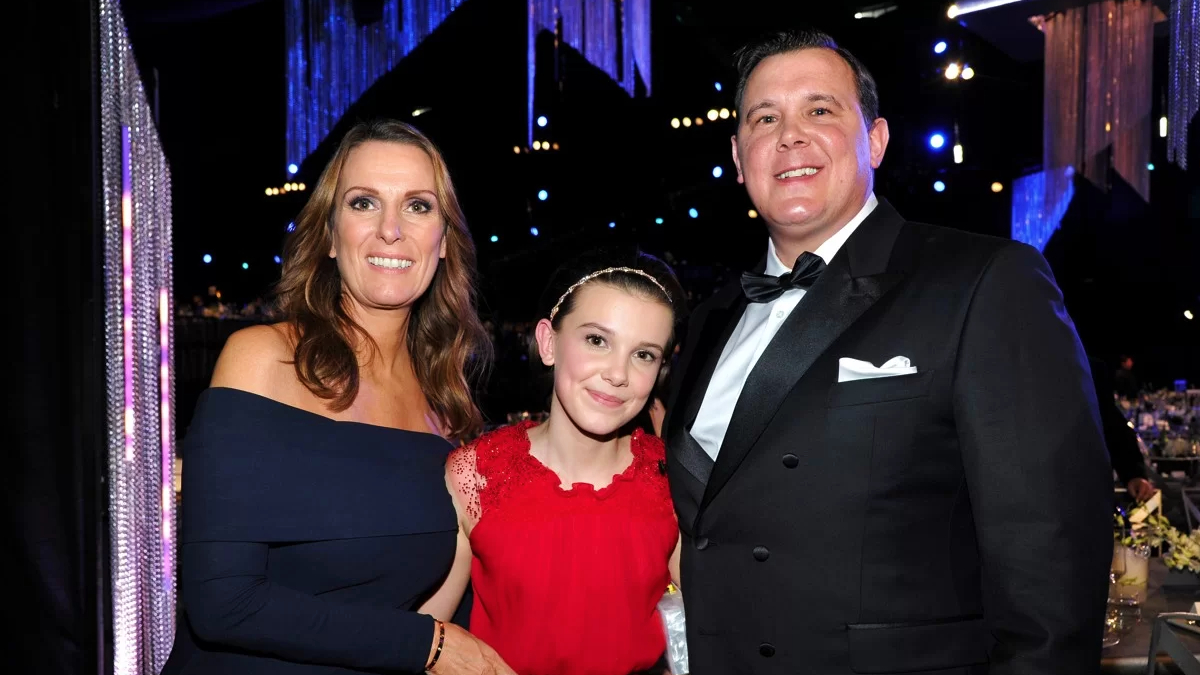 Netflix’s hit show Stranger Things has catapulted its numerous cast members into the limelight. Some of them, like Joseph Quinn and Jamie Campbell Bower, have solidified their position as fan-favorites. This is in part due to their brilliant performances coupled with the likability of the characters.

However, one of the group members who became the most popular since the beginning of the show is Millie Bobby Brown, who played the powerful and mysterious Eleven. The iconic role has landed Brown numerous projects and she went on to star in some of the well-known films such as Godzilla vs. Kong and Netflix’s Enola Holmes.

No wonder Brown is recognized as one of the most successful figures in Hollywood and one of the youngest actors to have been nominated for the Primetime Emmy Award. For a minor to make such a significant mark on the industry, the credit usually goes to the parents, and Brown is no exception. The parents of the Stranger Things star, Kelly and Robert Brown, have been regarded as the solid support system for their daughter, and have reportedly contributed immensely to her rise to fame.

While the parents’ guidance and encouragement has been recognized and acknowledged on a couple of occasions, their roles in their daughter’s career-building are also mired in severe controversies. Let’s get to know more about Millie Bobby Brown’s parents.

Who are Millie Bobby Brown’s parents?

On Feb. 19, 2004, Kelly and Robert Brown welcomed their daughter, the current Hollywood heartthrob Millie Bobby Brown. At a quite young age, they discovered their daughter’s acting talents, which led them to take every possible step for her to make a name in the industry.

Speaking of Millie’s promising career as an actor, her father said to the Daily Mail: “My other children would watch cartoons, but Mill watched musicals — Chicago, Moulin Rouge, Annie, and Bugsy Malone. She’d belt out a tune. She was performing from day one.” As a result, the couple sold all their belongings in the UK and moved to Hollywood to pursue their daughter’s dream.

However, life wasn’t easy and convenient for the Brown family, as they failed to acquire what they set out to achieve. At that time, Millie’s constant failures in getting a role increased the financial burden on her family, who couldn’t afford to stay in Hollywood anymore. They moved back to the UK, where the family started residing with Millie’s aunt.

Despite the acute financial hardships that the family was undergoing at the time, Millie’s parents refused to give up and continued to encourage their daughter, even after she felt that all doors were closed for her. It was not long before Millie auditioned for Stranger Things and secured the role of Eleven, which eventually earned her immense fame and recognition.

Meanwhile, Kelly and Robert faced severe backlash after they were accused of cashing in on their daughter’s success and fans started criticizing them for using Millie to make money. This happened after Robert Brown attracted tabloids and popular attention for demanding money from their daughter’s agent.

As per The Hollywood Reporter, he demanded a sum of $100,000 from whichever agency chose to represent Millie. The couple also received negative reactions for encouraging their daughter to pose provocatively for photos that would attain her the required media attention and popularity.

Things took a rather serious turn when Millie’s parents hit the headlines for allowing their underage daughter to be in a live-in relationship with TikTok star Hunter Echo. Back in July 2021, Echo made a confession in one of his live sessions where he admitted that he had sexual encounters with a 16-year-old Millie. The revelation took social media by storm and many Twitter users criticized the star’s parents for allowing their minor daughter to openly have an affair with Echo, who was 20 at the time, thereby making their alleged sexual relationship an illegal act. Neither Millie nor her parents commented on Echo’s statements.

However, his words were called out by Brown’s representative, who almost filed a legal action against him. Later, Echo apologized for the comments, which he mentioned were an alcohol-induced reaction. He took to TikTok to comment on the issue where he said:

No one knows the full story of Kelly and Robert Brown, but everyone has their own opinion.