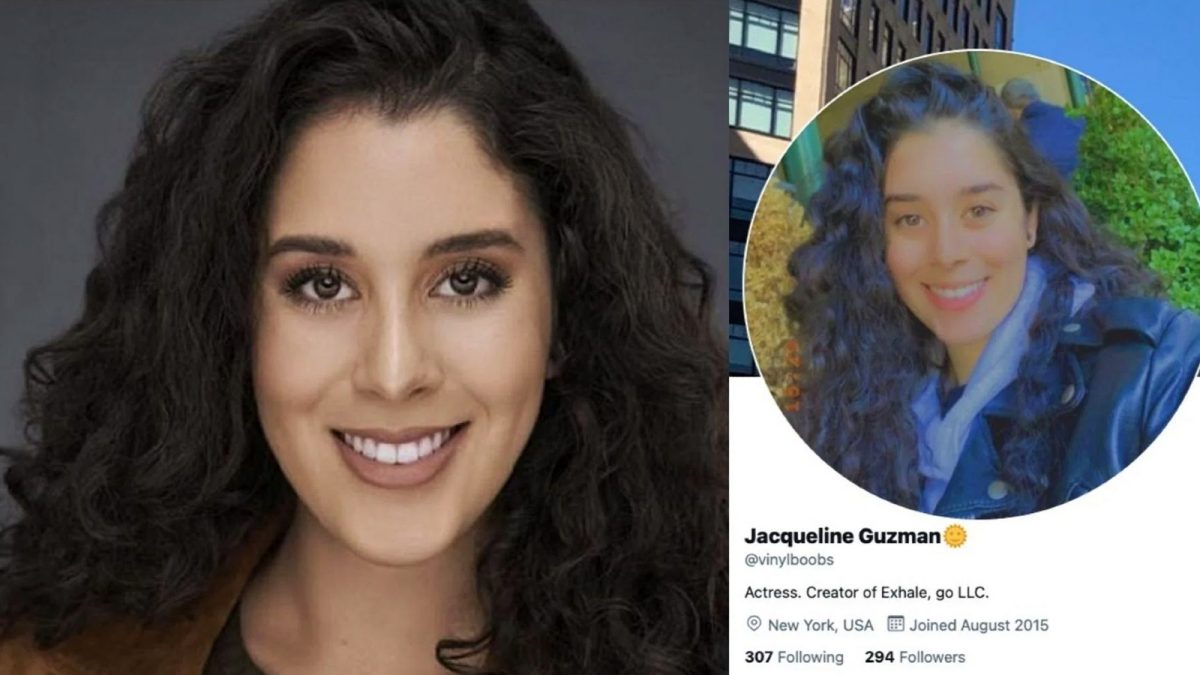 Image via Face To Face Films, and vinylboobs/Twitter

Outbursts on social media are not an uncommon phenomenon, to say the least. Be it the furor over Kanye West’s outrageous antisemitic comments or Cardi B lashing out at her fans on Twitter for their negative response to her absence from the Grammys, social media has housed some of the most unavoidable controversies attracting media and popular attention.

This is also true of Cuban-American actress Jacqueline Guzman, who was fired from a theater company following her comments on the funeral procession of NYPD officer Jason Rivera. Her reaction and ranting on TikTok were deemed insensitive and did not go overlooked by thousands of social media users.

Guzman faced severe backlash on social media following her comments, which directly attacked the deceased officer and regarded the street closures in Lower Manhattan during the funeral procession as ludicrous. As most of us have heard about the incident and Guzman’s pivotal role in it, there has been a curiosity about the infamous actress, her background, and her current status. Let’s shine some light on it.

Guzman and her viral TikTok video

On Jan. 24, 2022, 22-year-old police officer Jason Rivera was shot dead while handling a domestic incident in Harlem. The unexpected and tragic death was mourned by police officers from almost every area of New York, who walked down the street as a part of the funeral procession.

As people were engulfed in grief and used every space to display their emotions over the tragedy, Jacqueline Guzman stood out from the crowd in responding to the event. In her TikTok video uploaded on Jan. 28, she expressed her resentment over the blocked streets in Lower Manhattan caused by the procession. In the video, she said,

“We do not need to shut down most of Lower Manhattan because one cop died for probably doing his job incorrectly. They kill people who are under 22 every single day for no good reason and we don’t shut down the city for them. Like this is f***ing ridiculous. This is f–king ridiculous. What if somebody is having a heart attack in this area. Nobody can get to them because it’s all blocked off for one f***ing cop…”.

She immediately deleted the clip, but the video caught the public attention and went viral. People were quick to respond and met her rant over the procession with scathing criticisms. Social media was filled with highly negative responses to Guzman’s video, and the resultant massive hate caused her to delete all her social media accounts.

One of the Twitter users expressed support for the event and appreciated the collective efforts in honoring Rivera. The tweet said, “@RetiredNYCPD So sad that so many hearts are hardened to the point there is no compassion for the family and friends when a loved one is killed. I applaud the city of NY for giving this final farewell for this police officer. I pray law and order are restored. God Bless all police officers.”

As the bitter criticisms against Guzman continue to this day, little information has been gleaned about her. Guzman was born in 1990 in Hialeah, Florida, and later moved to New York City to proceed with her career of becoming an actress.

As of 2022, she is 32 years old. Having graduated from the American Academy of Dramatic Arts, her acquired acting skills landed her roles in a couple of theatrical films such as William Inge’s Picnic as Madge, Phillip Howze’s Frontieres Sans Frontieres as Noon, and William Shakespeare’s play Rome and Juliet as Friar Laurence.

She was the founder of the company ‘Exhales Go Production’. Later, she also worked for the New York-based independent film production company, Face to Face films where she featured in the film Korinne which was streamed on YouTube on June 26, 2021. After the incident, the company terminated her employment and released an official statement on Facebook saying,

“Face to Face Films has just been made aware of an insensitive video involving one of our members, Jacqueline Guzman. Face To Face Films does not support nor can condone these comments made about fallen Officer Rivera. As a result, she is no longer a member of our company.”

Almost 11 months after the video, people are wondering where she is now and what she has been doing following her TikTok fiasco. Following her termination from Face to Face, she hasn’t been heard of much. There have been no reports of her career in acting following her termination from Face to Face. Currently, the resentment against her is still trending in every space and her name is usually associated with the viral TikTok video.