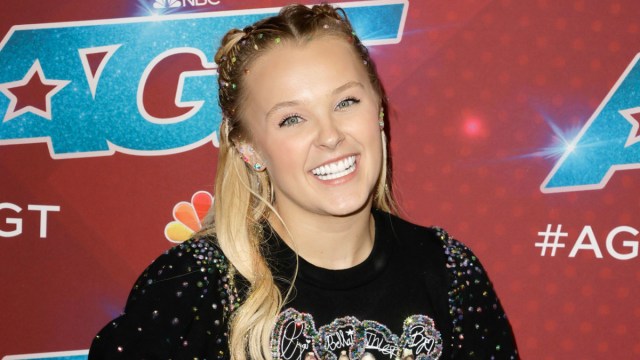 Jojo Siwa debuted her new relationship with 22-year-old content creator Avery Cyrus this week, less than a month after it was confirmed that she and her former girlfriend Kylie Prew had parted ways again.

Siwa first revealed that she was in a relationship with Prew in February of 2021, but the pair split up later that year. They rekindled their relationship in May of 2022 only to call it off again about a month later, as Prew revealed back in August that she had been single for “almost two months.”

The 19-year-old High School Musical: The Musical: The Series star went public with the romance by posting a TikTok video of herself and Cyrus goofing around and kissing in an arcade photo booth on Tuesday. “Happiest girl,” she captioned the video, which compared “the moment vs. the picture.”

A few days earlier, Cyrus shared a photo dump on Instagram featuring Siwa in several photos, though it was unclear at the time whether they were an item. But the same day she also shared a TikTok video that seemed decidedly less ambiguous.

Dating rumors between the couple first began swirling last month. Those rumors went into overdrive, however, after Siwa posted a TikTok earlier this month of her and Cryus sitting in a car and lip-synching to old audio of Kourtney Kardashian and Scott Disic explaining that they were “purely platonic” friends — which caused Kardashian to break out into laughter.

“This audio was made for us….” Siwa tongue-in-cheek captioned the video.

Who is Avery Cyrus?

Avery Cyrus is a content creator with 7.9 million followers on TikTok, where she posts content geared to her mostly LGBTQ+ audience. Most of her content is relatively lighthearted, such as lip-sync videos with a heavy focus on relationships, food, and fashion. She likewise boasts 213,000 followers on Instagram and 217,000 subscribers on YouTube.

Not only is Avery not related to Miley Cyrus, but Cyrus isn’t even her real last name. She was born Avery Blanchard on May 23, 2000. It’s unclear why she chose that name in particular, as the surname Cyrus is immediately evocative of the famous family.

Who was Avery Cyrus dating before Jojo Siwa?

In addition to Siwa, Cyrus was also newly single when the pair started dating. Before linking up with Jojo, Cyrus had been in a two-plus year relationship with digital creator Sophia Mosca, who herself boasts over two million followers on TikTok. If recent videos in Mosca’s feed are any indication, it appears that the pair split up in mid-August. So it would appear that Cyrus moves fast!