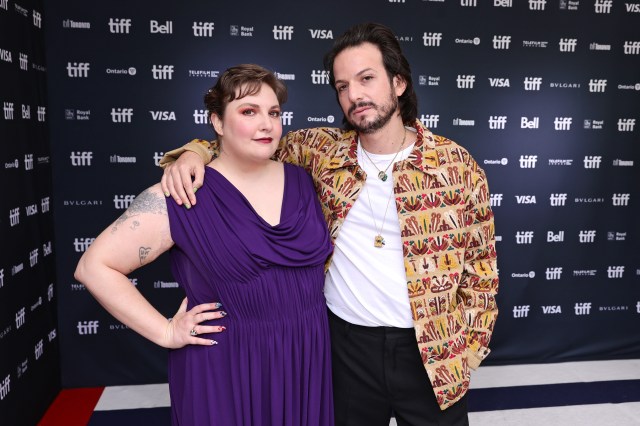 Even with all the dating apps and gadgets, it is still incredibly hard to meet that special someone—the one you will grow old with and that person who will experience all of life’s ups and downs with you. Thankfully for multi-hyphenate millennial Lena Dunham, her friends stepped up to the plate and hit a homerun when they set her up on a blind date. This would spark a rapidly paced romance and eventual marriage to Luis Felber. Let’s take a closer look at that first meeting, their dating history, and find out more about Felber himself.

Dunham and Felber were set up by friends in the beginning of 2021. Their first date consisted of them walking around London, England, for hours, talking. Felber had no idea who Dunham was before their first interaction. He has still never seen Girls. A couple months later, they took it to the next level and moved in together. In September of 2021, they got married in a small, intimate COVID-friendly ceremony surrounded by family and friends.

Felber recalled their first date in an interview with The New York Times. “The first time we hung out, we didn’t stop talking for, like, eight hours…I think it was sort of incredible, you know, I walked into that. I’d been on quite a few dates in the past year. As someone who’s quite open, I find you hold a lot back on your first three dates. Or first 10 dates. I was just a bit fed up with that, so I just walked into the situation very myself, shall I say. And Lena liked that. And she’s the same.”

Dunham and Felber have not stopped talking since their first date, which is wonderful for their relationship but hard on their sleep schedules. “Every morning is a blessing. And every evening, to be able to go to bed with your best friend and chat—we find it hard to go to sleep at a decent hour. It’s rarely eight hours,” Felber stated.

In 1986, Felber was born in Winchester, England. His mother is Peruvian and his father is British. Felber is proud of both of his cultures. “I’m blessed I can speak Spanish as well as English,” Felber told Yuck Magazine. He lived in Peru and Chile until he was 7 years old, returning to live in England. “Most of my school life was in this country [the U.K.],” Felber stated.

There was a period of his life that Felber was torn about his mixed heritage. “I felt a bit kind of pressured to hide that side of me. I don’t know if that’s something to do with me or society, but I didn’t really embrace it until recently. It’s part of me. It influences me a lot. It influences me in what I eat, like every day. I’ve tasted Peruvian food and it’s the bomb. I feel like it’s a different world over there, you know. The culture’s different and reflects the past and what the country is like. So like, I’m blessed I’ve had that experience,” Felber mused.

Attawalpa and other musical pursuits

Felber is a self taught musician, learning to play guitar by watching MTV. He chose not to go to college in order to pursue music. In his 20s, he toured the world playing guitar with many different bands. Eventually he decided to go at it alone, using the name Attawalpa, which is his middle name and the name of the cheeky last Incan king who reigned over what is now Peru. “I was trying to think of a name for this project, and I had a few that I tried out, but this really stuck. I connect with it, and there’s a big part of culture in it,” Felber explained. He describes Attawalpa’s musical style as being a “between Prince and Nirvana.”

Besides his own music, Felber also writes for other artists. Most famously, he wrote a song for Mick Jagger which would go on to be featured on the television series, Vinyl, in 2016.

The happy couple has gotten to combine their talents and work together on many projects. Dunham directed Felber’s music video for his song, “Tucked In Tight.” In turn, Felber wrote the music for Dunham’s film, Sharp Stick.

Felber loves working with his wife. “[Working together is] the best—I love being directed by her. It’s like our relationship; it just sort of flows. We don’t have any arguments. She’s obviously very good at what she does,” he stated.

Dunham and Felber have residences in both London and Connecticut.  Here’s hoping they never run out things to say or projects to work on.