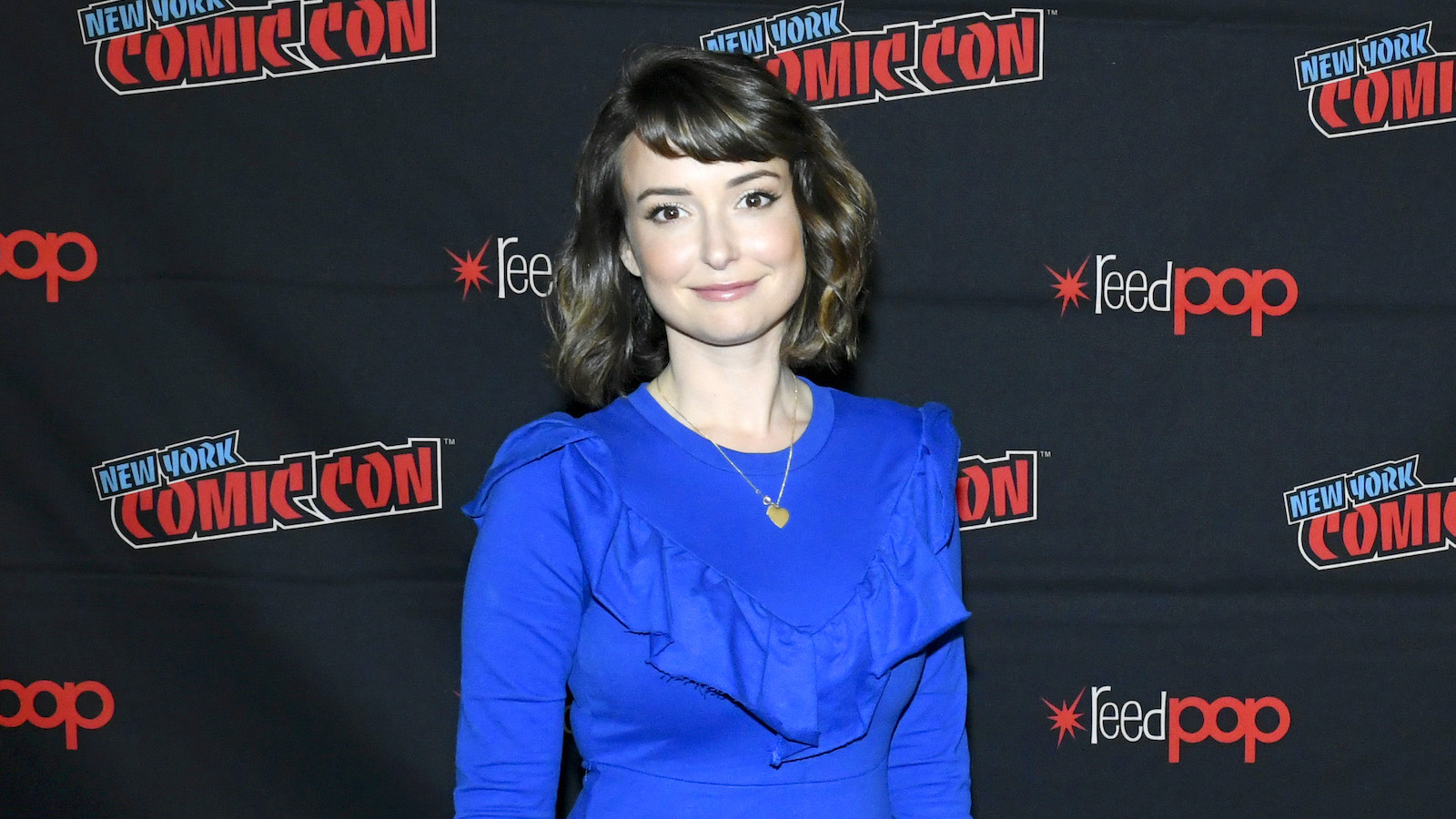 You see her on AT&T commercials all the time. You’ve likely seen her on a TV show or two. You may have even heard her voice in the Marvel Rising series. You definitely know her ⏤ or do you?

Her real name is Milana Vayntrub, and she is so much more than just Lily Adams of AT&T.

Who is Milana Vayntrub?

Milana was born in 1987 in the Soviet Union, specifically in the city of Tashkent, which is now the capital of Uzbekistan. A couple of years later, her family moved to Los Angeles under refugee status, though they had to wait a year and lived in Austria and Italy during that time. According to Vayntrub, as per her IMDB page, “The USSR loosened it restrictions on immigration. When the government was like, ‘Y’all wanna bounce?,’ my family, along with tens of thousands of other Jews, ran for the door in an attempt to make a better life in America.”

Since she wound up in Los Angeles, it was only natural that she try acting, and she ended up landing her first gig at just five years old when she appeared in a commercial for ⏤ you guessed it ⏤ a phone company. Then, at eight years old, she appeared in three consecutive episodes of the hit NBC show ER in 1995 ⏤ its debut season ⏤ in which she played a girl from Russia named Tatiana who was abandoned in the emergency room because she had AIDS.

In the next 17 years, Vayntrub showed up on 14 different projects ⏤ a mix of shows, films, and video shorts ⏤ before 2013 when, at the age of 26, she appeared on 11 different projects while also debuting as Lily Adams, our favorite AT&T rep.

How did she land the role of Lily Adams?

Vayntrub has stated that she simply auditioned one time for the initial AT&T commercial. Because of its success, AT&T wanted to do three more. Eventually, they committed to it essentially becoming its own commercial campaign. As it grew and continued to become more popular, the company booked celebrities like Zooey Deschanel, James Van Der Beek, Chef Gordon Ramsay, Matthew Stafford, and more.

Meanwhile, Vayntrub also created a YouTube channel with Stevie Nelson called LivePrudeGirls in 2011 on which the pair created celebrity interviews that were, in reality, improvised skits ⏤ and intentionally awkward ones at that. LivePrudeGirls played a significant role in Vayntrub’s career, as she and Nelson were able to book celebrity guests such as Matt Damon, BJ Novak, and Bob Odenkirk, among others.

Vayntrub been incredibly busy since her first AT&T gig, and you have likely seen her on a couple of episodes of Silicon Valley or the Yahoo! Screen series Other Space. She even appeared in eight episodes of This Is Us from 2016-2017 as Sloane Sandburg, a love interest of Justin Hartley’s character Kevin Pearson.

In 2021, she starred in the horror comedy movie Werewolves Within from IFC Films, which currently has an 86% approval rating based on 140 reviews on Rotten Tomatoes.

Vayntrub is also a director, mostly of commercials and video shorts. She directed the Galsplaining with Gal Gadot spot and has also filmed commercials for the lottery, Make-A-Wish Foundation, Syfy, and some of the AT&T commercials that she appears in, among others.

In 2018, she voiced the character of Doreen Green, also known as Squirrel Girl, for the television film Marvel Rising: Secret Warriors, and has voiced the same character for numerous shorts. She’s doing so again for the newly released Marvel’s Squirrel Girl: The Unbeatable Radio Show, which picks up where the four-year comic left off in 2019. This time, however, the creators take a different approach by presenting the entire story through Squirrel Girl’s fictional podcast.

Lastly, and most importantly, Vayntrub is involved in activism to assist refugees. As a refugee herself, she was inspired to get involved, especially after a visit to Greece during which she spent time with refugees. She launched Can’t Do Nothing, an organization that finds ways to help refugees all over the world. You can learn more at their website, cantdonothing.org