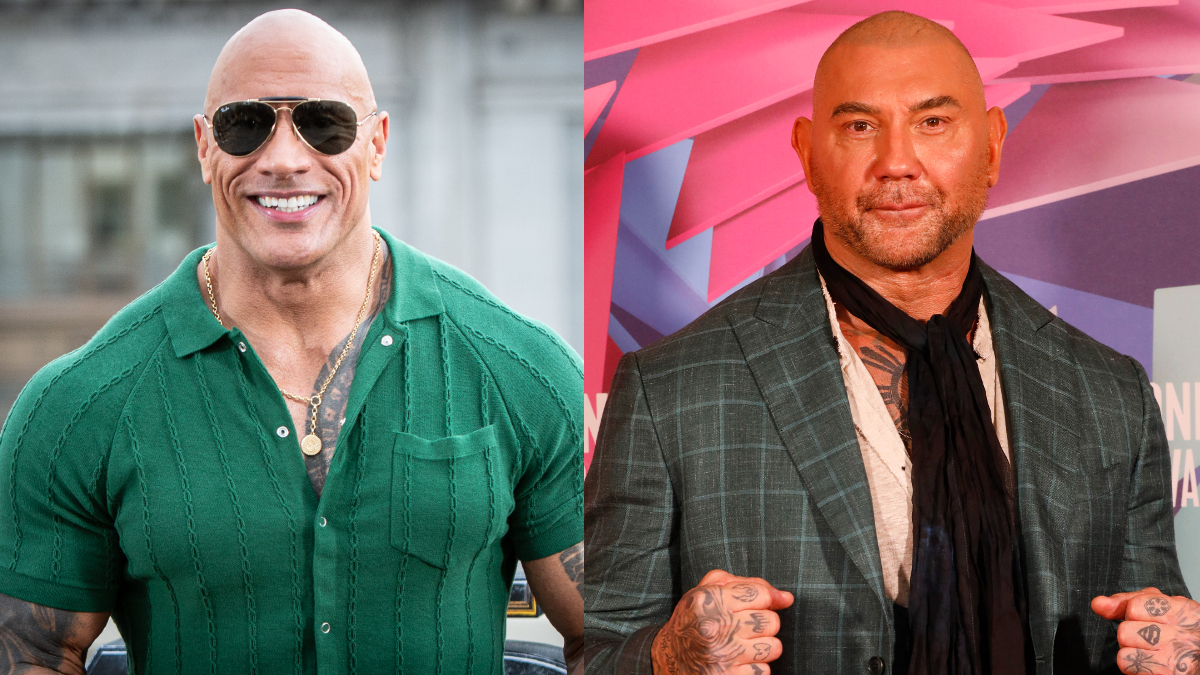 Everyone loves a good celebrity beef.

Stars are there to entertain us, after all, and it seems this task extends far off-screen. The public eats up celebrity feuds like candy, reveling in the pure and simple drama of a high-profile quarrel.

The latest celebrity beef to catch the internet’s attention is still going strong, as conversations continue to swirl about former wrestlers-turned-actors Dave Bautista and Dwayne Johnson. The pair of beefy actors share plenty in common, but Johnson’s recent string of misfortune—largely spurred by the failure of Black Adam to meet expectations—is upping the ante. Bautista’s assertion that he “never wanted to be the next Rock,” instead aiming to simply “be a good f***ing actor” piqued audience attention, as they braced themselves for a squabble that seems a long time coming.

Johnson has yet to truly address Bautista’s comments, but that isn’t stopping the internet from reveling in a mounting—but largely imaginary—beef between the two stars. Bautista doesn’t boast a resume nearly so impressive as Johnson’s, but his success in the Marvel Cinematic Universe, as well as recent releases like Glass Onion, are boosting the actor’s brand immensely.

As it stands, it seems that Bautista’s star is rising just as Johnson’s begins to fall. This, paired with Bautista’s comments and Johnson’s misfortune, is prompting drama hounds to examine every aspect of the pair’s relationship. We’ve already looked into who had more wins in the ring and who might win in a real-life fight between the two, but now we’re examining something far more mundane: the actor’s heights.

Johnson and Bautista’s heights are well recorded, thanks to their time in the ring, but the web tends to exaggerate these things. Conflicting reports claim Johnson is anywhere between 6’3 and 6’6, but the wrestler turned actor was kind enough to clarify his height back in 2020. In a post to his Instagram page, Johnson explained that he stands at a comfortable—but still impressive—6 foot 4 inches.

Bautista, meanwhile, stands just a touch taller, at 6 foot 6 inches. The Guardians of the Galaxy actor’s height is well documented, thanks to his days in the WWE, but these claims are often exaggerated. Bautista himself seems to disagree with assessments that he stands a full two inches taller than Johnson, at least according to an old, 2012 interview with the Glass Onion actor. He confessed, in the interview, that he actually stands at right around the same height as the Rock. He told interviewer Percy Crawford that he is actually 6’4.

This means, despite what the public might think, Johnson and Bautista are, in fact, the exact same height.