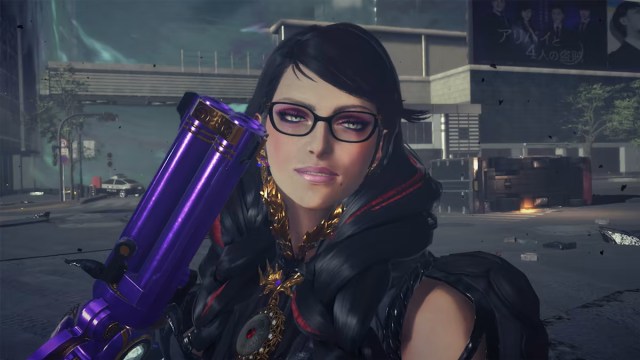 Former Bayonetta voice actor Hellena Taylor has caused further controversy by suggesting that fans not buy the newest game in the franchise and donate to fund anti-abortion billboards instead.

Hellena Taylor has been in the news since Oct. 16, 2022, when she posted a series of videos on Twitter, claiming that she was not given a fair offer for returning to the third game in the franchise Bayonetta 3, first claiming that Platinum Games offered her $4,000. The videos went viral with the original video netting over 11 million views. The claim sparked outrage and debate in the games industry, with other voice actors revealing how little they have made, and fans called for game developers to pay their voice actors a more reasonable wage.

The first hurdle for Hellena Taylor came when she spoke out against the voice actress she was replaced with Jennifer Hale, saying “she has no right to sign merchandise as Bayonetta”. Unfortunately, users began to harass Hale, and because of how beloved the actress is in the community, the tide started to turn against Taylor. The next strike came when Bloomberg reporter Jason Schreier broke that she was offered at least $15,000 from Platinum Games and that she requested a six-figure sum.

Even though Taylor vehemently denied those claims when Schreier followed up with her, she came back with her own series of tweets seemingly digging her hole even deeper, mentioning a non-disclosure agreement. She also said that the original offer was $10,000, which is more than she had claimed, but also less than Platinum Games had supposedly offered according to Schreier’s sources. Taylor also refers to the franchise as a $450 million franchise multiple times, which is up for debate.

As Bayonetta 3 has released, Taylor spoke out once again and urged the Bayonetta community, the #Bayonutters, to boycott the game, even though it is currently sitting at an 88 on Metacritic. In her series of tweets, she tagged multiple charities one of which is Billboards for Life in Kentucky which is a charity dedicated to putting up anti-abortion billboards, while mentioning that she has given her autograph signing fees to the same charities before. This seems to have been the last straw for most fans still hanging on to her original claims, with many former fans posting pictures of the game in their hands.

Interestingly enough, another voice actor, Anna Brisbin, who voices a playable character in Bayonetta 3 named Viola, is also raising funds for charity. A few hours ago she announced on Twitter that she would be going live on Twitch, tweeting “and why not raise money for @TransLifeline while we’re at it?? It’s what Bayo would do.”

All in all, it seems like an ample opportunity to talk about how much voice actors get paid, and whether they deserve more wages than they are currently getting, was wasted because of the actions of Taylor.