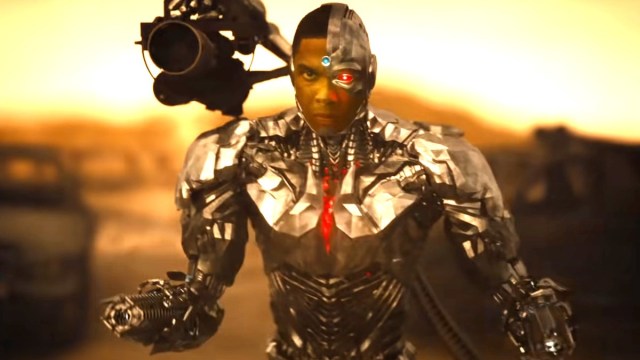 It’s been out with the old and in with the even older at Warner Bros. Discovery and DC Films recently, with Dwayne Johnson overcoming six years of being told no to bring Henry Cavill back in from the cold to cameo in Black Adam. Along with Ben Affleck’s gradual reintroduction into the fold after his initial retirement as Batman, a lot of fans are wondering if Ray Fisher‘s Cyborg could be next.

After all, at one stage the actor was set to headline his own solo movie that ended up getting quietly swept under the rag, while he was also due to play a major supporting role in The Flash before he made it abundantly clear that he wouldn’t be returning to the superhero franchise as long as Walter Hamada remained in charge.

Of course, the outgoing executive’s days are numbered, but Fisher isn’t interested in stoking the flames of comeback speculation. Instead, the 35 year-old continues to demand that he receive the apology he’s due from Hamada in the wake of the Justice League investigation into the allegations of misconduct leveled against Zack Snyder’s replacement Joss Whedon.

As always, the comments and replies are firmly in the former all-star team member’s favor, and having been a vocal presence on social media ever since first breaking his silence on the goings-on behind the scenes of the tortured reshoots, Fisher has continued to push for accountability over entertainment.

Given the vast changes made to the complexion of the boardroom at WBD following the recent merger, Hamada could always slink out of the spotlight without issuing the apology Fisher has been demanding for a long time, but let’s hope that isn’t how it plays out.