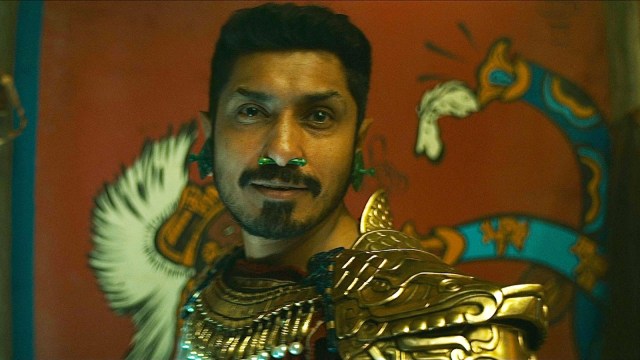 Black Panther: Wakanda Forever may have seen Shuri step up and become the new protector of her nation, but it’s actually another character who fans are most excited to see more of in the MCU. Yes, that’s Namor, Tenoch Huerta’s Talokanil king who has the potential to make a big impact on the franchise going forward — whether that’s in the X-Men side of things, thanks to his status as a mutant, or with The Fantastic Four.

There’s also plenty to be explored with Namor’s family, as Mabel Cadena is likewise introduced in Black Panther 2 as his cousin, Namora. Given that, folks have started wondering if a different, but related, character could soon be introduced into the MCU as well. Namely, Namorita, the clone daughter of Namora from the comics. As Quiet_Effective7234 shared on Reddit, there are various ways to include Namorita in the screen universe.

The juiciest idea the fan theorist mentions is the notion of Namorita being reimagined as Namor’s daughter, which is something that’s easily possible thanks to his centuries-old existence. This could also feasibly lead to a role for Dorma, Namor’s primary love interest in the source material, as she could be pitched as Namorita’s mother.

As we head into Phase Five, the MCU is obsessed with the next generation of heroes — see Wakanda Forever‘s own post-credits scene for starters — so there’s definitely the potential to give Namor his own superpowered offspring. Making him a dad could also go someway to humanizing him further after his villainous turn in BP2.

But, hey, who knows what Kevin Feige and his crew have planned for Namor in the MCU. Whatever happens, it’s clear the underwater monarch has a lot of hidden depths.